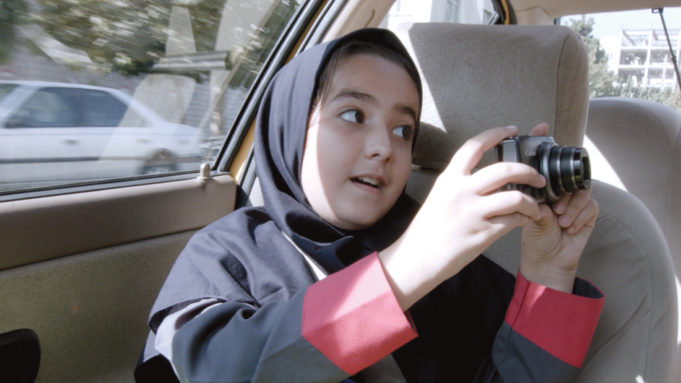 This year’s movies brought us Life, Love, Youth, and Joy, as well as a bunch of films about women that wound up dominating this list. I didn’t set out to do that. It just happened. Hollywood makes most of its movies about men (and foreign countries aren’t much better), and still this year they came up short. Of course, with all the cinematic riches this year, I could compile an impressive list of films from the ones that fell out of my honorable mention category below, but this page is for the movies I found most resonant. As always, an asterisk denotes a 2015 film that, as of this issue, has yet to be released in North Texas. I wish you life, love, youth, and joy this coming year.

1.) Carol. A breathtaking stillness pervades Todd Haynes’ love story of unnameable desires, significant glances, and oblique language that hides taboo subjects beneath the surface. Adapted from The Price of Salt, the only work that Fort Worth’s Patricia Highsmith ever wrote about her own lesbianism, this film is exquisite in the way you’d expect from a Haynes movie set in the 1950s, with impeccable photography, costumes, lighting, and music. However, the performances by Cate Blanchett and Rooney Mara are what lend such tremulous need and potency to these two women’s search for love in a society that’s not set up to let them find it. This is the work of a director in absolute control, but it couldn’t be more the actresses’ show.

2.) Inside Out. Here’s the Pixar we know. An 11-year-old girl’s emotions come to explosive life in this deeply moving animated film. The brilliant wit here is nothing less than dazzling (TripleDent Gum, it makes you smile!), as is the creativity with which the animators depict this girl’s mindscape. The true greatness here, though, lies in the movie’s wisdom about how our emotions interact with one another and the memories that we retain and lose over the years. This movie trenchantly argues that a full emotional life means a willingness to be happy, sad, angry, afraid, and disgusted. I’ve always found that to be true in moviegoing as well. The release of this film was supposed to be 2014, but it was delayed. It was worth the wait. We will never forget you, Bing Bong!

3.) The Diary of a Teenage Girl. Our society is so squeamish about girls’ sexuality that this rapturous, profane, horrifying comedy proved to be too much for some people. It’s about an imaginative girl finding herself by making bad choices in the anything-goes environment of San Francisco in the 1970s. Writer-director Marielle Heller and artist Sara Gunnarsdóttir not only translate Phoebe Gloeckner’s creative vision to the big screen but improve on it, turning our heroine into a fiery angel. Bel Powley anchors the movie with a raging, gleeful performance that can turn surprisingly delicate at times. Watching her stride fearlessly into all manner of dangerous situations and emerge banged-up but wiser is as thrilling as any blockbuster. Her boldness and confidence spread to the rest of this bracing jolt of a film.

4.) The Second Mother. Incisive movies about maids and housekeepers have come out of Chile and Argentina, so now it’s Brazil’s turn with this dramedy about a longtime live-in maid whose estranged daughter comes to the São Paulo house of her mother’s upper-class employer to study for her college entrance exams. The air soon gets thick with class tension, as the daughter finds more in common with her mom’s bosses while the maid acts more maternally toward the family’s slacker son than her own child, not to mention the disturbances that sometimes follow when an attractive young woman suddenly takes up residence. Writer-director Anna Muylaert picks through all of this with compassion and humor, and Regina Casé gives a terrifically funny performance as the maid trying to disentangle the family that she’s given up and the one she’s devoted her life to.

5.) It Follows. I say this trailblazing horror movie is about rape and PTSD, but you can take it as a parable about STDs, a 1980s genre pastiche, a commentary on Detroit’s urban decay, or an existential reminder of death’s constant pursuit of us all. David Robert Mitchell’s film is all these things and really scary on top of that. Mitchell’s slow-rolling direction and Disasterpeace’s synth score are elements to revel in, but the shape-shifting, murderous demon that slowly stalks the heroine (an excellent Maika Monroe) is what makes this into an exercise in built-up dread. Like the best horror films, this movie takes ideas from deep inside us and uses them to conjure an unforgettable monster.

6.) Dope. Other people complained about the mix of tones in this, but I was too swept up in the momentum of Rick Famuyiwa’s frenetic farce to care. Shameik Moore (giving a beguiling performance that might be too sweet for the character as written) plays a nerdy African-American teen trying to get into Harvard without being killed for the drugs that have been dumped at his doorstep. The script has plenty of laugh lines from our hero’s friends and the criminals he reluctantly meets, but the laughs are always tinted with an awareness of how young black men are imperiled on the streets. That feels very much of our moment, and it helps make this comedy both dangerous and inspiring.

7.) Clouds of Sils Maria. A play rehearsal is seldom as compelling as it’s made in this show-business drama about a world-famous actress running lines for her next project with her assistant. In only his second English-language film, French writer-director Olivier Assayas conjures spectacular vistas of the Swiss Alps and covers such topics as Hollywood blockbusters, the dwindling opportunities for aging actresses, and the need for actors to reinterpret roles for themselves. Still, it’s the erotic and intellectual chemistry between Juliette Binoche and Kristen Stewart that gives this chamber work its particular frisson, especially as their relationship and the lesbian-themed play that they’re practicing start to blur into each other. Fun fact: This movie inspired Hillary Clinton’s much-viewed Saturday Night Live sketch.

8.) Taxi. The Iranian government banned Jafar Panahi from filmmaking, but he keeps making them anyway. Here he portrays himself, driving around the streets of Tehran one morning as a highly incompetent cabdriver with cameras rigged up in the taxi. The resulting movie makes fun of the government’s Islamic restrictions on films and references The Walking Dead, but it also draws a panoramic portrait of Panahi’s beloved city through the passengers (including two old ladies, a human-rights lawyer, and a bootleg DVD dealer) who step into his cab and report on the glorious dysfunction they find. The filmmaker’s own chatty 9-year-old niece (Hana Saeidi) takes a ride and steals the film clean away from her famous uncle, trying to make her own movie and getting caught up in a moral dilemma that gives urgency to this small-scale jaunt in a corrupt theocracy.

9.) Mad Max: Fury Road. “Oooh, what a day! What a lovely day!” George Miller’s fevered imagination threw this blockbuster into our multiplexes in the middle of summer, and nothing has ever looked the same. You can admire Margaret Sixel’s editing or John Seale’s cinematography, but I’m putting this car-chase movie on my list for its sheer bonkers ingenuity, both from the stunt performers and actors who pulled off such death-defying tricks and from Miller himself, for coming up with this alternate universe that contains such bizarre weapons, vehicles, and the Doof Warrior. If only more Hollywood blockbusters could be so balls-to-the-wall weird.

10.) Stations of the Cross. Christian filmmakers abroad are kilometers ahead of the ones here in America. Proof of that is in this religious drama about a girl from a puritanical rural German Catholic family who starves herself to death in a bid for sainthood. The story is divided up into 14 chapters named after the Stations of the Cross, a conceit that gives the film rigor. So does Dietrich Brüggemann’s direction, in which the camera moves precisely three times in the entire movie. It’s the framework for a powerful polemic against religious intolerance, as well as the setup for a miraculous event that makes it more than just the story of a stupid girl who throws her life away. Whether you’re Christian or skeptical, this is a humbling experience.