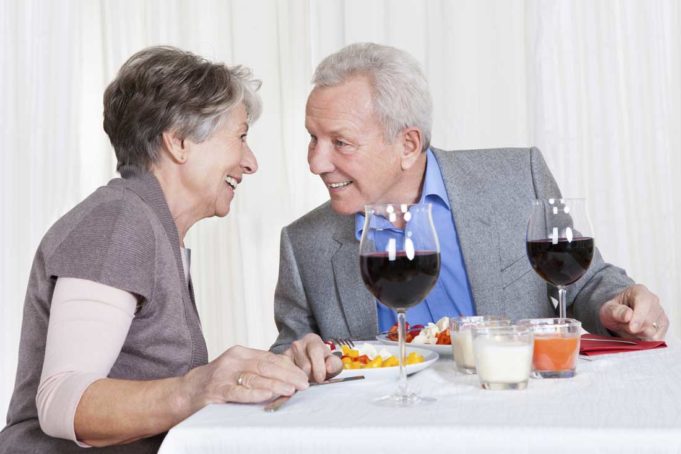 When I drive through the Clearfork area between Bryant Irvin and Hulen, I get the suspicion that some real estate developers’ dreams from 30 or 40 years ago have finally come to fruition, as if the buildings, streets, and landscaping radiating a few miles from the Clearfork Trailhead mark the beginning of Phase 10 or whatever of some multi-generational land development master plan. I know next to nothing about development. My understanding: People own the land, the land becomes a Best Buy. But I am impressed by what seems like a good combination of attractive (or at least inoffensive) architecture, consideration for natural topography and flora, and close proximity to both the Chisolm Trail Parkway and the Trinity Trails. It looks like a vision of the future from the past finally existing in the present in a totally contemporary way.

This was one of several ruminations I made while sitting at the parquet bar top at Press Café, the brainchild of Chef Felipe Armenta (Pacific Table, The Tavern). It occupies a big part of a two-story building in the middle of the trailhead on the Trinity’s west bank; the building is also home to Mellow Johnny’s Bike Shop and a cycling/triathlete-training studio called Pedal Hard. According to Trailhead1848.com, Press Café offers a menu “matching the casual + healthy lifestyle of the Trinity Trails,” and, indeed, the Roadrunner breakfast tacos –– scrambled egg whites, roasted chicken, avocado, + cheddar in a flour tortilla –– were on-point with that aim. However, I also got the idea that Press Café also matches another lifestyle: white haired dudes in blazers eating dinner with their wives.

What?! It’s the first week of February in an election year, and those kinds of people are all over the news right now. Or at least in contexts that stand out more than usual. I’m sorry to say, but it’s hard not to notice when the wealthy end of the Centrum Silver set gathers in groups. And, anyway, it’s not like I said that Press Café is full of people who look like they have Vote for Trump signs in their yards. In all fairness, during both times I dropped in, the room was maybe a quarter full, so for all I know, the place gets noticeably looser and more diverse on the weekends –– the major complaint I noticed on Press Café’s Facebook page is that the place is too loud. And where’s the Pat Boone and Four Lads on the jukebox?!

Plus, a neat pour of Woodford Reserve ran me a somewhat Trump-ian sum of $12. Sure, that’s a heavy pour of top-shelf bourbon, but I’ve drunk it for less in settings just as nice. I’m not opposed to dressing up and dropping cash at posh spots, but if you balk at paying $12 for a shot of bourbon, well, maybe Press Café is not for you.

Fortunately, you can get a host of signature cocktails in that $10-$12 range, which is what you would pay just about everywhere else, from The Usual to Chili’s. I was interested in Press’ variation on the Moscow Mule, called the Mexican Mule and made with El Zarco Tequila instead of vodka. I was also eyeing the Gomperita, a margarita in which the tequila is switched out for Gomper’s Gin. And there’s this drink called a Westsider (a comparative bargain at $8) made with blueberry vodka, lemonade, champagne, mint, and angostura bitters. It sounds like something you’d want to down after riding a bike all afternoon.

The view from Press Café is probably one of the best in town –– not counting the patio and picnic area, there are plenty of windows offering vistas of the river and the trails. For the indoor furnishings, the designers have taken the craft culture aesthetic (rough wood, the aforementioned parquet counter top, exposed light bulbs) out of the flannel-clad, handmade beard-conditioner-soaked Etsy-verse and refined it into an atmosphere that’s about as elegant as casual can be. I wouldn’t walk in there wearing a t-shirt, but I would definitely walk in again. Ultimately, that’s probably what the developers care about the most. –– Steve Steward