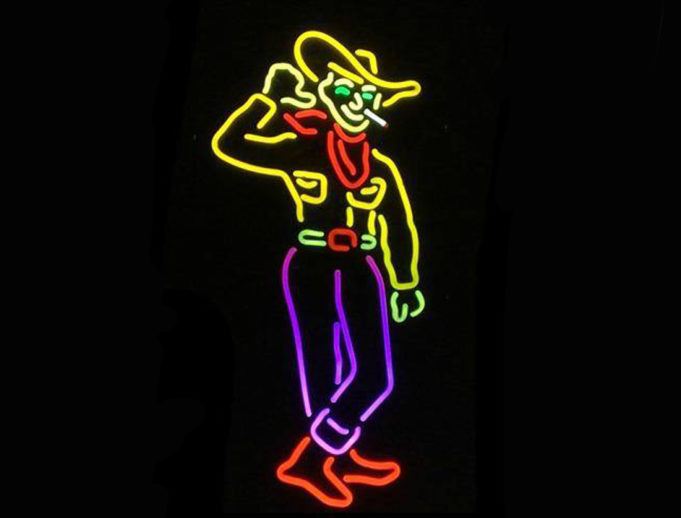 It started with Eric. My buddy was the first among our crew of borderline dangerous jackasses to quit smoking. This was maybe seven or eight years ago, when it seemed the whole world lit up. Grandparents, little sisters, Cambodian toddlers (who are still probably puffing). Now when I consult the regions just beyond my left and right shoulders as they’re huddled over a Bud Light at the bar, more often than not I see nonsmokers. This greatly pleases me. (Nicotine-free since November 11, 2014, in honor of what would have been my deceased father’s 81st birthday.)

Getting older may have been the biggest transformation factor. My drinking pals and I are all pushing middle-age if not trapped in the greasy, heartless thick of it, and as a doctor told me a few years ago, “Smoking after 35 is probably the dumbest thing a person can do.” But some of the credit also has to go to Fort Worth.

While no one would mistake Cowtown for Colorado Springs, where all the bars are of the smoothie variety and where being in shape is some folks’ full-time job, our humble little hamlet seems healthier, cleaner, brighter now than ever before. Pressed for an explanation, I’d first point to the development of the West 7th corridor in conjunction with a cleaner, brighter TCU area, all of which has made the Trinity Trails a popular, pleasant means by which a good sweat can be broken. I would also tip my padded helmet to Mayor Betsy Price for promoting bicycling to the extent that she has while making two-wheeled manpowered transportation seem like a reasonable, safe, healthy alternative to sitting on our rumps and melting polar icecaps.

Grudgingly, I’d also consider the palliative influence of our big sister to the east, whose city council banned smoking in bars years ago and is now trying to make smoking in public spaces (parks, playgrounds, campuses) illegal.

Sad, but as Dallas is one step closer to banning smoking everywhere but in homes or cars, we Fort Worthians still have to deal with smoky bars and music venues.

“With more than 800,000 residents, Fort Worth is the largest Texas city without a comprehensive smoke-free ordinance,” declares Fort Worth physician Mark Koch, co-chair of Smoke-Free Fort Worth, “a new organization you’ll hear more about soon,” in a recent Star-Telegram letter to the editor.

The good doctor was inspired to put pen to paper by the news wafting from the Stockyards, that alleged bastion of tradition and all that is libertarian, big-hatted, and holy. Since May 1, smoking has been banned at Billy Bob’s Texas, The World’s Largest Honky Tonk® and one of the biggest, most popular venues in not only North Texas but the entire state.

The move, according to a Billy Bob’s big-wig in the Star-T, was the result of customer demand.

Though I know the venue attracts lots of out of towners, my bet is that the brunt of that “customer demand” consisted of Fort Worthians. I wish we could congratulate ourselves, but Billy Bob’s is only one block in a city of a zillion of them.

The old saying is that no one is as insufferable as a reformed smoker. Arguing on behalf of a healthy, smoke-free republic is not my point. I understand and respect the allure of a beer and a smoke. For nearly a decade, I could not imagine wrapping my left hand around a cold Bud Light without squeezing between my right index and middle fingers a Camel Crush. As much as I loved the bracing, bitter flavors of the beer and the tobacco, I luxuriated in the meanings implied by my actions. Being at the bar said, “I like people” (which remains debatable, which is why I still like haunting certain watering holes). The beer said, “I’ve earned this, and I like to have fun.” The cigarette said, “Yes, Janet, life’s pretty cheap to my type, and while I may appear sad and lonely, I’m actually very busy, very busy smoking this cigarette, see?”

Growing up in a household aflood with Iron City beer and blanketed with the ashy, gray byproduct of a million Luckys, having a beer and a smoke was also nostalgia-inducing, and what are we Gen Xers if not arrested development cases.

What I’m saying is that I truly understand the allure and, more importantly, the importance of a beer and a smoke. I also am not completely sold on the alleged dangers of second-hand smoke. My problem is with the money that smoking is costing us.

Banning smoking in bars/venues isn’t going to generate any new palatial developments or attract half the world’s young, beautiful, wealthy partiers. However, it will encourage a healthier city, and the more that can be done to eliminate easily preventable diseases, including the kinds of cancers associated with smoking, the better –– wealthier and more beautiful –– we all we be.

Can’t do anything about growing old, though. Sorry.