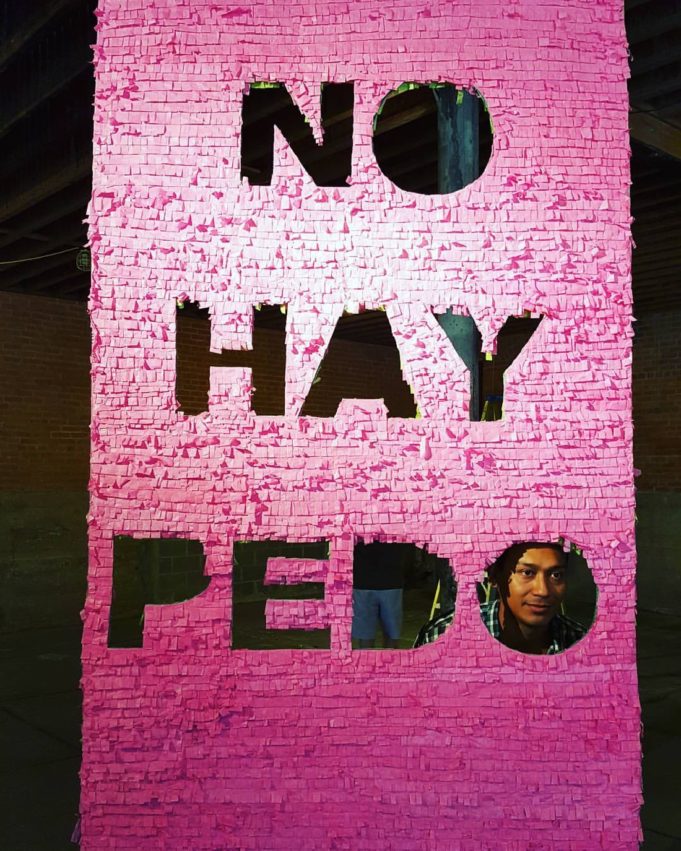 Giovanni Valderas’ solo exhibition at the MAC gallery in Dallas’ Cedars neighborhood is a vibrant and vivid commentary on the not-so-subtle transformations of the urban landscape by real estate signs. He creates paintings that approximate the scale of these advertisements, employing techniques used to make piñatas. It is a bizarre juxtaposition of materials and ideas and a clever commentary on urban sprawl and gentrification. Though not overtly stated, these themes are inescapable in his work and tend to be on the interruptive end of the activist-art spectrum.

His pieces are made of papier-mâché and mulberry paper and painted in bright hues, mimicking the most festive of piñatas. Valderas also incorporates bold phrases into his surfaces, not unlike Ed Ruscha paintings but the similarities end there. He manipulates text by cutting into surfaces or creating reliefs, building directly onto his works, and in so doing, presents the same phrases in a variety of ways. The phrases are in Spanish and Valderas offers translations for a couple of them. 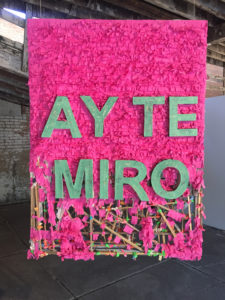 NO HAY PEDO (There’s no Problem) is the largest piece in the show, measuring 40 inches by 80 inches and stands on a wooden base not unlike the outdoor signs that it responds to. It is a bright pink surface, and like most of the other paintings in the show, is installed to permit the viewer to see the front and back. This perspective allows the viewer physically into the construction of the images and takes the paintings further away from conventions, echoing the structures they are meant to represent.

The wooden support is laid bare in works like AY TE MIRO where Valderas builds the letters onto a surface that disintegrates at the bottom of the painting and reveals how he weaves both surface and structure into a strong visual statement. 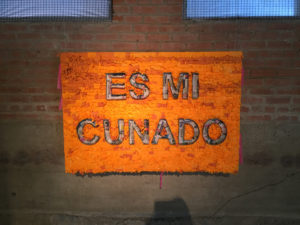 The MAC space complements this show in such a strong way that it could almost be seen as the only way to show these pieces.  There’s also something to be said about an exhibit space that’s a tabula rasa diametrically opposed to the one size fit all of a white cube gallery. The wide-open spaces, unfinished brick walls and exposed beams offer the installation a space that is constantly reflected back into the paintings.  Even the natural lighting, which is a consequence of huge bay doors, spill sunlight into the gallery, washing the interior in luminance that can’t be easily replicated by artificial light.

The gallery moved from its McKinney Avenue space last summer and has been a pioneering force in the slight shift of the Dallas art galleries to the Cedars neighborhood, just South of downtown.  The irony of development moving to this part of town and the challenges it will undoubtedly bring to long-time residents is not lost on Valderas. His piece SOMOS PEGAMENTOS is installed next to a development sign for commercial restaurant space next to the gallery. 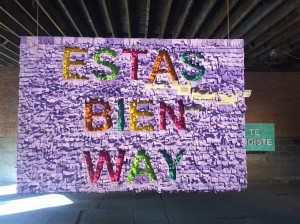 The exhibition ends with a closing reception Saturday, June 25 from 6-9 p.m. at