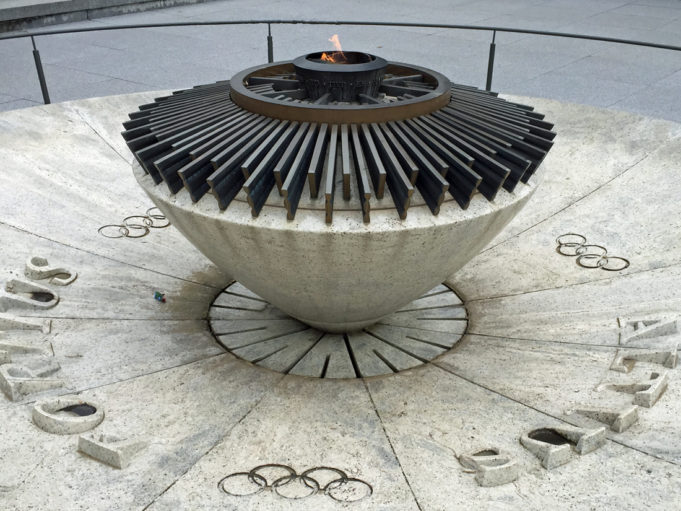 This year, the buzz about Olympic athletes has revolved in large part around those not going to Brazil.  Some fear the Zika virus. Others will likely find themselves excluded as part of a blanket ban of Russian athletes in certain sports.

Such controversies are not unusual.

The Olympics has always had problems assembling all of the world’s best athletes every four years :

* Boycotts : From Ireland in 1908 through the Communist countries in 1984 and 1988, numerous Games have been marred by governments preventing their resident athletes from participating.

* Apartheid : From 1964 to 1992, the International Olympic Committee barred South African athletes as a response to the country’s racial classification system.

* Women : Female athletes could not compete until 1920.

* Shamateurism : Authorities’ aversion to patrons compensating the sportsmen and women who entertained them kept us from seeing the likes of Pelé, Bobby Orr, or Wilt Chamberlain with medals around their necks, and Jim Thorpe from keeping his golds.

Pierre de Coubertin, the man who spearheaded the revival of the Olympic Games in the late 19th century, believed “The Olympic Games are for the world and all nations must be admitted to them.” It has not always been the case, and much of it has to do with the event’s nation-state system of organization. 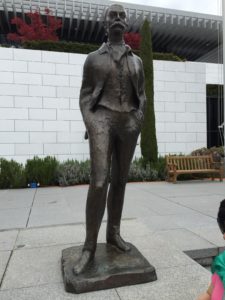 We won’t see Paris Saint-Germain boycott Champions League fixtures in England next year because Brexit bothered its management. The NBA just moved its All-Star Game due to actions by North Carolina’s government, but we can feel assured the Charlotte Hornets will play a full home schedule next year with no withdrawals by visiting teams. Other than maybe a geographically contained disaster, like this Zika outbreak, we can’t imagine a scenario in which a club team would choose not to play in championship contests for which it had qualified. Even in the rare case of bankruptcy, a league would step in to make sure an elite team played. Such was the case with the 2010 Texas Rangers.

Club competitions can’t skip out on games because long-term success depends on their brands being perceived as consistently able to deliver a reliable world-class athletic product. When baseball games get rained out, MLB reschedules them.

The Olympics, too, has a need to maintain its brand integrity. The nature of its event and the strength of its brand mean the IOC can persevere through the absences of even some of its most iconic teams or athletes.  There are enough countries on the planet that missing a few boycotters or WADA stooges doesn’t matter. We love to root for the red, white and blue no matter whether they’re taking on the reds, the azzurri, or the bleu, blanc, et rouge. Patriotism has power.

The Olympics has to be careful, though, because while its brand remains perhaps the most powerful in sports, its success ultimately depends upon the health of its teams the same way a league of club franchises does. However, Olympic sides don’t respond to the same incentives as do regular pro teams.

Since its beginnings, Olympic competition has been organized with athletes competing for squads identified with their citizenships. While that wouldn’t have to mean dealing with the governments of participants (the Olympics could have established an independent system for certifying its competitions), from a practical standpoint it has meant heavy involvement with ministries of sport and Ted Stevens Olympic and Amateur Sports Acts.

The priorities of those who run governments (and the teams that represent them) won’t always line up with what’s best for the Olympic organization. A Robert Kraft might vehemently question the merits of a specific disciplinary procedure, but he would likely agree that ensuring a sports product free of cheating benefits his brand significantly and, is, in fact, vital to its success.

Other kinds of patriots – those who run governments – often don’t gain the same benefit from a level playing field. In their minds, some combination of national glory and personal power accumulation may matter a great deal more than notions of sportsmanship. Using a flag-wrapped end to justify unfair means is common when politicians want to assure constituents they will all win so much they get tired of it.

In our current situation, it seems Russian political authorities decided hearing the State Anthem of the Russian Federation played frequently at medal ceremonies served their needs more than playing by certain rules to which they had agreed. Such widespread sovereign swindling in athletics has precedent (see 1970s East Germany). Whatever one thinks of the World Anti-Doping Agency’s own priorities, one has to concede that the Russian authorities believed an all-out effort to secure athletic success for Russia would play better with the native populace than allegiance to standards of fair play that enhance the Olympic brand. For Russian leaders, it’s a no-lose. If their less-than-clean athletes win a lot of medals, as they did in Sochi, and get away with it, the reflected glory helps the political class. If they get caught, they can just blame it on Western vendettas and still maintain their popularity.

The Olympic movement is heavily in bed with national governments, of course. The organization requires governmental guarantees of funds before it awards an Olympiad. It can get burned on the front end of the process by corruption (see Salt Lake City, Rio, and Sochi) and on the back end by bad press about negative economic impact (see Athens, Sarajevo, Montreal, and others). They already have a problem with a lack of applicants to host their events and it could easily get worse.

Does it matter? It will if it hits the bottom line. Russia is a huge territory. Sponsors can’t be pleased to see those millions of eyeballs paying attention to something other than their ads. If only authoritarian states apply to host games in the future, as happened when Kazakhstan and China emerged as the only finalists for the 2022 Winter Games, the commercial partners won’t like the public criticism associated with helping legitimize those regimes.

The Olympic movement has the power do great good in many ways, including spreading the gospel of fitness, inspiring achievement, encouraging understanding between individuals from different regions, and entertaining billions. Fans love to root for their country’s athletes. Is there a sustainable path forward?

The issue of nations jockeying (or even worse, not jockeying) to lose billions on new Olympic venues might be solved by establishing single locations to host all games owned by the International Olympic Committee. Greece seems the least controversial from a sentimental standpoint and their central government’s current fiscal predicament would eliminate the temptation to seek subsidies. Perhaps the IOC’s home country of Switzerland would make sense for a Winter Games host. Any such choice would be fraught with issues of Eurocentrism, television ratings across time zones, and general naysaying, but finding a way to avoid repeating the controversies of Sochi and Rio should take priority.

It is beyond the IOC’s power to change the nature of politics. Extricating itself from entanglements with sports ministries is also beyond its current ability. While it should certainly take a strong look at whether the burdens WADA imposes encourage the kind of approach the Russian Federation adopted, the Olympians will never have the power to compel government actors to follow rules the latter dislike.

What it can do is set a good example. In ancient times, warring nations were expected to allow athletes to pass through their territories on the way to the games at Olympus. The modern games have provided numerous examples of how good-natured interactions between people from different parts of the world facilitate understanding, from Luz Long advising Jesse Owens to the Grateful Dead sponsoring the Lithuanian men’s basketball team.

Many believe maximizing peaceful commerce between citizens of diverse nations to be a less effective deterrent to belligerence than the initiation of force by governments. The best thing the Olympics can do is to disentangle itself from as much of its dependence on nation states as possible and use its commercial muscle and spirit of sportsmanship to prove such people wrong.