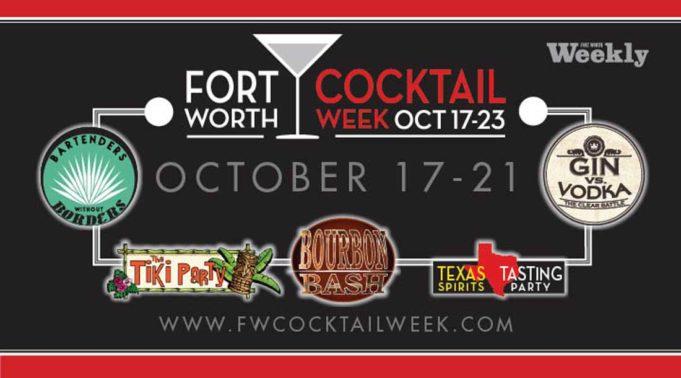 When I moved to Fort Worth 12 years ago, Last Call would have been a harder column to write. Borrowing the style of LL Cool J, I could just say week after week, “The stool? Round. Bud? Tall. It’s kinda dusty in the corners.” Instead, all the bars would have earned an overall 2.5-star rating before I moved on to the equally interchangeable review category of angsty young adult fiction.

The reputation during the aughts as a macro-beer and well-whiskey ruled bar scene fails to fit our city today. Part of it is explosive growth. In 2015, Tarrant County’s population of 1.98 million was the sixth-largest increase in the nation, according to U.S. Census data. Along with the human influx, we also have set ourselves up as a very desirable spot for other people to spend their vacation fund.

It may be more Chamber of Commerce-friendly to pitch that travelers flock here for the world-class museums and fine cultural offerings. But just as likely they come to consume creatively prepared food and drink without the world-class price hike. Why should you, drinking at Shipping & Receiving, care about tourists making your bathroom line longer? The super short answer is that via the Hotel Occupancy Tax, the tipsy housewife from Atlanta crashing in the Worthington tonight is financially supporting some of the badass arts and culture stuff we want here all year round.

New Orleans isn’t where most people would think to check for guidance to make their city an even better place to live, work, and raise a family. But NOLA is like the friend who despite all actions to the contrary and disasters that befall her always comes out on top by capitalizing on her strengths. Case in point, New Orleans’ Tales of the Cocktail week. If you are a city known for killer booze served by the metric ton, then why not have a convention for cocktail drinkers and crafters? It draws visitors to those HOT-heavy beds and exposes the quality of local business beyond the city limits.

“We should do that here!” I hear you cry.

“We are!” I reply from across bar where I spy you reading this column to kill time before your Tinder date arrives. Fort Worth Cocktail Week, Mon-Fri, Oct 17-23, is a celebration of the craft cocktail culture that is growing in our community. Gone are the days when ordering a mixed drink was a crapshoot regarding bartender knowledge, talent, and willingness to accommodate beyond Jack and Coke. This town is full of highly talented service industry professionals looking for locals and visitors to imbibe their top-shelf concoctions.

Attending a Fort Worth Cocktail Week event is as easy as buying a ticket on the website (Fwcocktailweek.com) and showing up ready to toss back some libations in support of the local hospitality industry. The theme nights include a Texas Spirits Tasting Party, Bartenders without Borders, The Tiki Party, Bourbon Bash, and Gin vs. Vodka.

I hear you, in your 2016 Flying Saucer Beerfeast t-shirt, that there isn’t a craft brew night in the mix. The truth is, beer already has the market share of attention right now on the festival circuit. But we aren’t one-trick ponies here, so let’s build Fort Worth Cocktail Week into a big enough draw that your cousin who started a strawberry-rhubarb bitters company will be hitting you up for a sleeping spot on the couch in a few years. – Susie Geissler