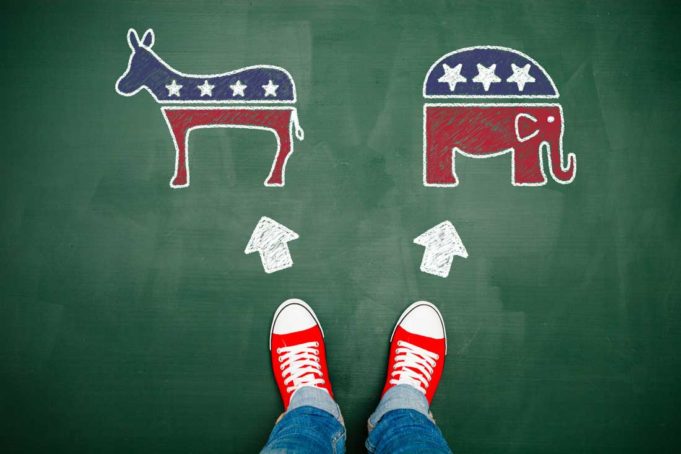 In Static a couple of weeks ago (“Dems Go National, GOP the Rest,” Feb 15), the writer quotes a Star-Telegram opinion piece in which a TCU professor postulates that Democrats have “lost interest” in state and local government and are mainly concerned with national politics. Static states that the biggest reason Democrats have “lost interest” is race – although by a small margin, most registered voters claim to be Democrat. Yet in Texas, where we are rapidly becoming a minority-majority state, most voters seem to prefer Republican candidates, even though people of color have substantially increased their numbers since 1994, which was the last year a Democrat won statewide office.

The underlying assumption is that minorities are primarily Democrats but are not voting in large enough numbers to help Democrat candidates win elections. During the 10 years I served as chairman of the Tarrant County Republican Party, I heard the same assertions being made. Yet during that period, GOP officeholders grew from 28 percent of the elected partisan offices to 89 percent, and the GOP captured all countywide offices, with the exception of a single judgeship that the Democrats won by default when a GOP candidate had to withdraw and couldn’t be replaced. And this Republican growth happened while minority populations were increasing compared to the white population. Much of that growth occurred before Republicans took control of the state legislature, so gerrymandering can’t be used to explain the growth in the GOP officeholders in single-member districts. As for the countywide offices, there has been no change in the county lines in probably over a century.

During this period and through today, I’ve contended that the presumption about minority voting trends isn’t completely accurate. Because many minorities’ voting patterns can be identified by census tracts that contain a high percentage of people of color, the assumption is made that all minorities have similar voting patterns. However, I believe income and wealth levels are more determinative of a voter’s tendency to vote Democrat or Republican. Low income white folks have similar voting patterns as do low income minorities, in that they tend to vote Democratic – if at all. That is well brought out by Static’s comment that “the average Democrat relies on the federal government for survival.”

I believe that as minorities become more affluent and millennials become self-supporting, they move into more expensive neighborhoods (frequently with majority white residents). When they do move, their voting patterns tend to gravitate toward those of their neighbors. But the trend is lost in the overall pattern of the census tract into which they move. In other words, when voters go from receiving benefits from the government to providing resources for the government to take and fund benefits for others, their perspective evolves in relation to the government – and thus their voting patterns also evolve. If my non-scientific observations have any validity, then the salvation of the Democrat Party is to have more low income folks on government support. But this is neither beneficial for society as a whole nor for the individual voter.

On the other hand, the Republican Party’s objective should be to enact policies that would create upward mobility and produce more middle and upper-middle income voters. This would benefit both society as a whole (i.e., more taxes paid and more government revenue, all the while reducing the need for government subsidies) and would greatly improve the life of individual voters.

Another factor not addressed by Static is that there are many social and cultural value issues that cross party lines, such as a voter’s view of the proper role and size of government, how porous a social safety net is proper in a just and caring society, and the roles of religion and family values in society. In some voters’ determination, these issues may often surpass economic issues –– thus triggering cross-over voting that defies perceived voting patterns.

Steve Hollern graduated from the University of Notre Dame with a BBA in accounting and a minor in economics. He is a practicing CPA who has lived in Fort Worth since 1975. He was Tarrant County Republican Party Chairman from 1988 to 1998.