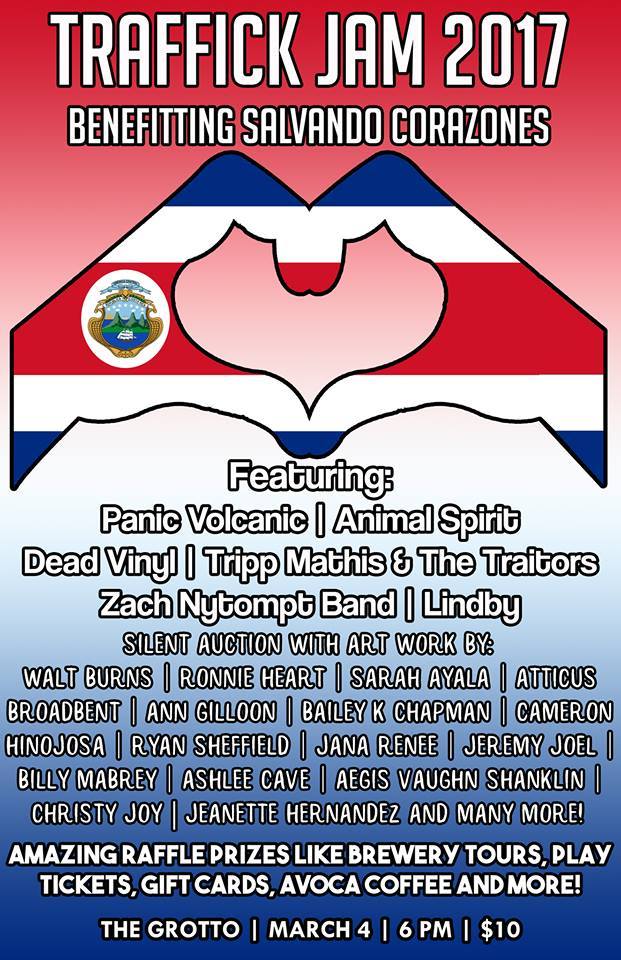 1) Need some quality time with Big Mike? He’ll be playing a solo set of covers Friday evening at Wild Acre Brewery starting at 5:30, and the event also features a live remote from the Ticket’s Hardline show, so you can see Mike and Corby in the flesh as well. Cover is $5 and pints are $4. Here’s Big Mike doing an Elton John tune from seven years ago:

2) Republic Street Bar has a free show on Friday night: Movie the Band, preceded by Treehouse Cabaret, and a band I hadn’t heard of until called Better Now. Listening to this song of theirs called “A Cute Puncture,” I’d call this music “campfire emo,” though it’s from an apparently acoustic recording called Funkytown Sessions, which are themselves might be different from how this band expresses itself live. Either way, I really dig the female-male vocals, as singer Lindsey McCormick has a subtle Stevie Nicks element in her voice that’s very appealing. Hey look, it’s Movie the Band playing SoFar Sounds:

5) Also Saturday: the Grotto is hosting the Traffick Jam, a benefit for the Costa Rica-based non-profit Salvando Corazones, which is a halfway house dedicated to sheltering and rehabilitating victims of Costa Rica’s sex trade. The lineup starts at 7p with Lindby, followed by Zach Nytompt Band, Tripp Mathis and the Traitors, Dead Vinyl, Arenda Light, and Panic Volcanic headlining at midnight. The cover donation is $10, and the event is also raising funds through a silent art auction of pieces created by local artists like Jeremy Joel, Sarah Ayala, and Arrowhead Leather Shop, as well as through a raffle, which offers some really great prizes like gift cards to Tokyo Café, Spiral Diner, Casa Mañana, Dreamy Life Records and Music, and a whole lot more. Help out a noble cause and support local culture all at the same time! You can also donate via this gofundme link. Here’s some more info about Salvando Corazones: