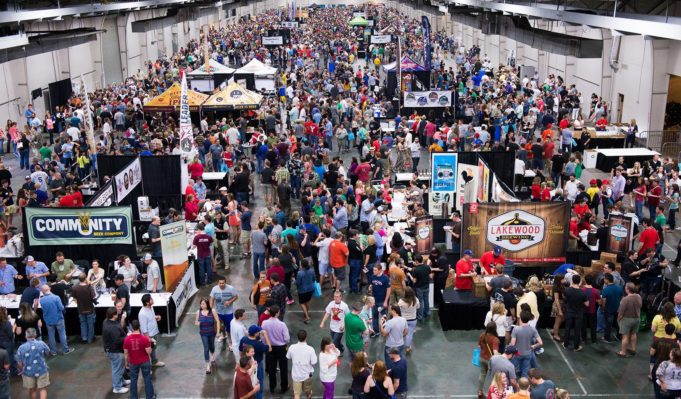 On any given month, North Texas is awash in craft beer events that range from brewery tours to festivals and food pairings. Some of the biggest events, like Big Texas Beer Fest, only happen in the spring, though. Here’s a roundup of upcoming beer events that’ll keep your social life hopping.

Starting at 5pm, you can welcome Michigan-based Bell’s Brewing to Texas. The event will feature Bell’s new beer Am I Right or Amarillo. The highly aromatic IPA should be a crowd pleaser. There will also be a meet and greet with Bell’s CEO Laura Bell.

You’ve always bragged about your chili, now it’s time to see just how good it is. Local judges Travis and Emma Heim, Joey Turner (co-owner of Brewed), and others will be crowning a chili champion at the Wild Acre contest. The event is open to the public and includes beer and a live sports broadcast. The cook-off benefits Alliance for Children. Purchase tickets here. Also, the Weekly is hosting its second annual Celebrity Chef Chili Cook-Off this Sunday.

Time flies when you’re making beer. The brewery known for big, bold brews is throwing an equally big anniversary shindig later this month. The Saturday event runs from 1 to 5pm (VIP tickets get you in at 12pm) and includes core, barrel-aged, seasonal, and new beers on tap. It’ll be a fun, family friendly event. Cheers to the good folks at Martin House. Purchase your tickets here.

The sixth-annual Big Texas Beer Fest is a must-visit for craft beer fans. Held at Fair Park Automobile Building, the festival featured 120 breweries and more than 500 beers last year. Live music and food vendors round out the experience. I recommend purchasing VIP tickets. You’ll get in earlier, and you’ll have first dibs on the rare stuff.

April 8. One Ale of a Trail

Enjoy a guilt-free beer after running five or 10 miles at this fun outdoor event at Panther Island Pavilion. Awards include custom beer coasters and growlers.

The much-anticipated release of Rahr and Sons’ Dadgum IPA promises to be a dadgum good time.

Food from Heim Barbecue & Catering and a live show by rapper J/O/E round out the party.

May 7. Bites and Flights

From 2-5pm, Crockett Street will be the scene of a fun community event that features craft beer and catered food. Follow the event’s webpage for updates.