Shakespeare’s dark side comes out in this year’s Trinity Shakespeare Festival, where even the comedy on offer is tinged with malice and evil. The one that’s not a comedy is Richard III, which nevertheless has some blackly humorous moments as it tells the story of the English king who murders his way to the throne, having his own brother, his little nephews, and his best friend all killed while turning to us to tell us how he’s going to do it. The play is a study in political machinations and devious evil that’s laced with Richard’s glee over how he outsmarts a bunch of warring nobles who know he’s a bad guy and yet still fall victim to him.

The other play is Measure for Measure, one of Shakespeare’s uncategorizable “problem plays” about a Viennese duke who announces he’s leaving his city on an extended trip only to return in disguise to see how his city behaves in his absence. It’s not a gratifying portrait, as the duke finds his replacement sentencing a young man to death for adultery and then blackmailing the condemned man’s sister sexually to spare his life. The play is filled with characters lacking moral fiber, a vivid description of the torments of hell, and the duke breaking into a weird doggerel of rhyming couplets to outline his plan to take back control. See what you make of it. 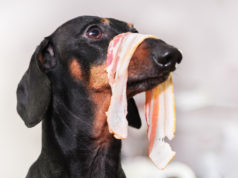