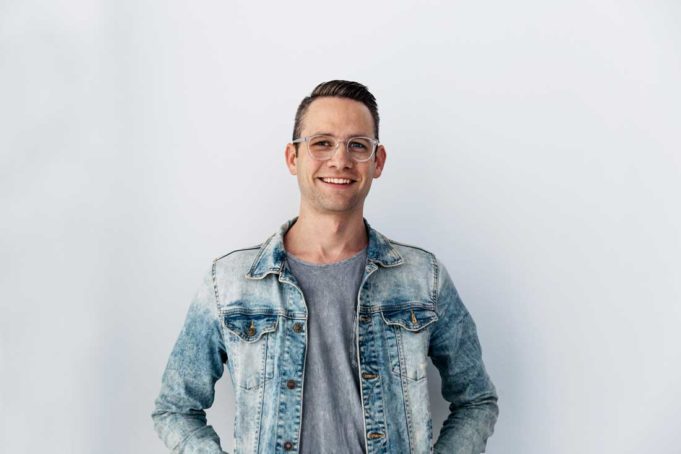 Musicbed stands out among the suburban flatlands of North Fort Worth.

The area’s mini-mall sprawl is not an environment where you’d expect to find the campus of this online company. Founded by two indie film directors, Musicbed pairs music from independent composers working in 12 different genres with filmmakers and advertising producers on the hunt for just the right rhythmic accompaniment.

From the company’s mission to its open, minimalist office space filled with the aroma of freshly baked cookies wafting from the kitchen, it all feels very much like Austin, Silicon Valley, or at least the Near Southside, where Musicbed originally launched in 2011.

But if Musicbed, which has moved its 50 employees to its current nine-acre headquarters for more space, has been hiding in plain sight in Cowtown, it’s now slowly becoming increasingly visible.

Earlier this year, Musicbed announced a partnership with legendary Sun Records for access to that label’s catalog of Roy Orbison, Johnny Cash, and Jerry Lee Lewis (though not Elvis Presley). This addition buttresses a library that includes such labels as Razor and Tie (The Sword, The Pretty Reckless), Deep Elm (The Appleseed Cast, Lights & Motion, Red Animal War), and Capitol CMG, a.k.a. Capitol Christian Music Group.

Now, on Friday and Saturday, Musicbed is putting on its first Film + Music Conference, a gathering of filmmakers, musicians, and media enthusiasts, at the Amon Carter Museum of American Art, the Fort Worth Community Arts Center, and the Kimbell Art Museum.

“I look back on my career and think some of the most pivotal moments for me were when I was able to get in close proximity to people who were five or 10 years down the road that I was,” said CEO Daniel McCarthy, 31, who cofounded the company with business partner Nic Carfa. “I think when you can reach down and grab the 20-year-old or the 25-year-old that’s coming up and help shape their craft for them, there’s definitely a joy in developing young talent.”

The mix of speakers (including Radiolab’s Jad Abumrad, Terminator Salvation cinematographer Shane Hulbut, and indie writer/director Reinaldo Green), workshops with director of photography Laura Merians (videos by Sigur Ros and Bjork) and the Variable production team (National Geographic, Nike, Audi), and concerts (Drew Holcomb & The Neighbors, Chad Lawson, Sharon Irving, Penny and Sparrow, The Rival) is meant to appeal to a cross-section of the creative community.

“It’s definitely geared toward the filmmaker who’s actively pursuing video or film production, whether in the advertising space or in more narrative production,” McCarthy said.

He added that he has no desire to compete with the Lone Star Film Festival, South by Southwest, or any other festival.

“We’re not a film festival, so we’re not showcasing films,” he said. “The goal is education and inspiration. … I’d love for it to grow in size, but I don’t ever want it to get too big.”

McCarthy expects his event to draw around 450 people.

“You pass a thousand-ish people, and it will start to feel big conference-y and not [like a] community,” he said.

If you can’t go to the Film + Music Conference – entry is $599, so it’s definitely geared to the professional – that doesn’t mean you can’t partake in what Musicbed has to offer. The company has been throwing free concerts – dubbed “sessions” – on its grounds that are open to the public (though none are currently scheduled). If you’re a local musician who wants to make your music available to filmmakers through Musicbed – categories range from ambient and blues to hip-hop and post-rock – open submissions are allowed twice a year via Musicbed.com. The next one might be as soon as next month.

“We get new talent all the time from our label or publishing partners that are saying, ‘We just signed this new band. We want you to represent it.’… But I also believe in the power of the new, indie, and unheard of, trying-to-make-it artist,” McCarthy said. “But we have a really low approval threshold. I think out of 2,000 submissions last year, we took three artists.”

The Sun Records hook-up has earned Musicbed the hot glare of the entertainment-biz spotlight – Variety and Billboard have both given it ink – but McCarthy said it’s about more than generating headlines.

“What started happening was we were getting requests from sound-alikes,” he explained.

But merging music with film is just one avenue Musicbed is exploring. The company recently started a competition for emerging filmmakers. The winner of the inaugural Film Initiative will be announced in April.

Also, Musicbed has launched a subsidiary, Filmsupply, a site for stock footage, and coming next month is the Filmsupply Challenge, in which contestants will make a commercial, film trailer, or title sequence.

McCarthy, who attended Fort Worth’s Southwest High School before heading to Dallas Baptist University for a music business degree, launched Musicbed because he sensed a need for a better bridge between filmmakers and musicians.

He started it with “35 artists and a terrible website,” he said with a laugh. “Six years later, we’re 800 artists … and we’re a full-service music licensing company.”

He has no regrets about doing any of this in Fort Worth instead of on either coast or in Austin or Nashville.

Besides, he said, since Musicbed isn’t brick and mortar, it doesn’t matter where it’s located.

“Everything we do is online,” he said. “There are definitely pockets of traditional music licensing in L.A., where, if you’re not local, they’re not going to use you.

“I would say those people are dying off,” he continued. “It’s just a different economy now. … For me, if we’re going to build it, we’ve got to build something we can build here.”

As for where Musicbed will be in, say, five years, McCarthy is nothing if not ambitious.

“We’re in a real pivotal moment right now because the industry is changing quickly, and we’re really looking at the industry at large,” he said. “We want to make sure we position ourselves to be the dominant force and that we’re the go-to resource for every filmmaker in the world.

Fri-Sat at the Amon Carter Museum of American Art, the Fort Worth Community Arts Center, and the Kimbell Art Museum, FW. $599. Filmandmusic.com.