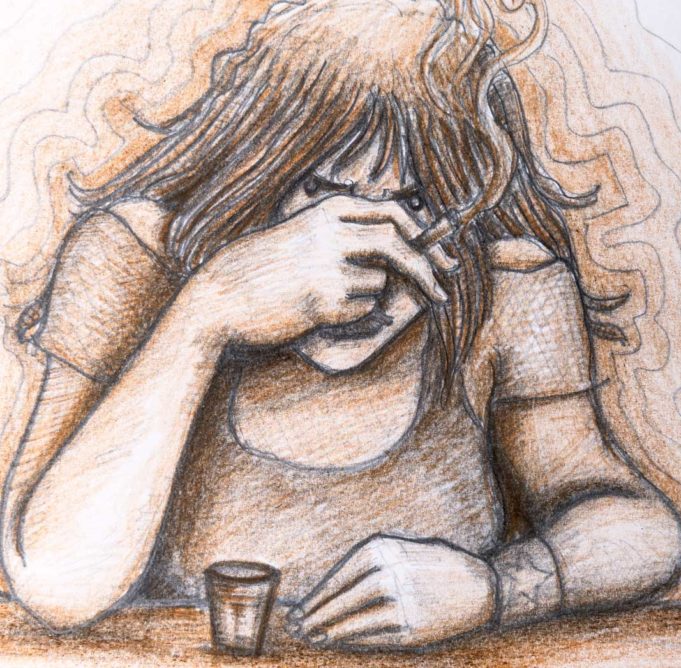 As I write, my desk is covered in a blizzard of Kleenex. At first, I assumed the cause of my insufferable sinus pressure and coughing was hosting and attending two Thanksgiving celebrations, and I was rocking a tryptophan hangover and possible meat sweats. But nope, it wasn’t mainlining gravy that left me feeling like Keith Richards before a blood transfusion.

One would think I am acclimated to being around cigarette smoke, since I’m in a different bar for the Weekly 45 times a year at a minimum. Also, I’m a cigar smoker, so when I hit up Silver Leaf Cigar Lounge or Pop’s Safari Bar, I expect to go home smelling like an ashtray. But it took this bout of post-party flu, compliments of The Abbey Pub, to remind me that I’m almost never hotboxed into a bar anymore. Most of the joints I check out for this column are new openings, or remodels, and the owners don’t want to deal with repainting their yellowed walls with Kilz paint primer every year.

I expected the haze in the air when I stopped into the Abbey on Friday night for my buddy’s birthday party, as it’s always been a haven for those who light up. I was a regular there back when it was the Shamrock Pub. My old office, now a Greek restaurant, shared a wall with the bar’s coolers, and it was far too easy to slide over at exactly 5:01pm for a pint or four.

Despite the smog, the Abbey is a really solid choice for a good time in the oft-maligned West 7th Street corridor. The “shotgun shack”-style setup with no booths, just low tables, forces patrons to interact. So if your Tinder date turns out to be the freak that Criminal Minds warns us about, taking them to the Abbey is a safe bet. Aside from maybe under the pool table, there’s nowhere a psychotic killer will be able to drag you without 12 members of the local kickball league at the table next to you noticing something is going horribly awry. Personally, I have always appreciated being able to see every patron the minute you walk in either door. Spy your jackwagon ex camped out at the bar chain-smoking Pall Malls and quoting Ezra Pound? There’s plenty of time to turn heel and run.

This particular Friday night, some dude got a little too far into his cups, ran out the front door, stripped off his shirt, and started challenging random patrons to some kind of fisticuffs. In typical Abbey Pub low-drama fashion, everybody noted the trash taking itself out before merrily going back to their own beers and friends. The bartenders are the same two guys who have posted up there for years, and both serve a proper amount of good scotch at a reasonable price.

It’s for this reason that I think many non-smokers are willing to put aside their dry-cleaning bills and still choose the Abbey Pub for a night out. It’s a bar for drinkers, with nothing faddish about it. I respect that consistency in a world gone over the top with “unique artisanal craft beer and cocktail experiences.”

Time is quickly running out for lighting up in public, however. Fort Worth is one of the last major U.S. cities to still allow smoking in bars, and back in October, City Council began work toward a new ordinance banning cigs from everywhere except stores that sell cigars and tobacco products. I guess the phrase, “smoke ’em if you got ’em,” applies here, and I’ll keep blowing my schnozz for the sake of a good time until then.