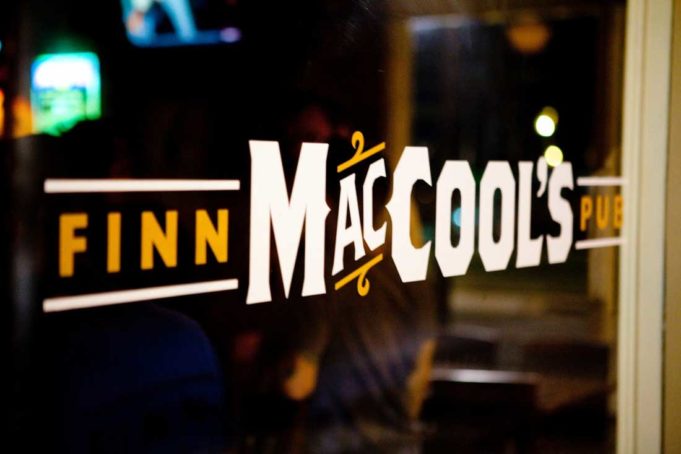 At this point, I could devote every week of this column to reminiscing about a Fort Worth bar closing its doors, but such is the standard ebb and flow in the service industry. I was never a Baker Street Pub & Grill fan. It always seemed like I was walking into the 20-year class reunion for some west Fort Worth high school. But I have some friends who are bummed the chain British pub has shuttered. For me, hearing that the Aardvark is becoming a satellite campus outreach center for the megachurch Christ Chapel was kind of off-putting, until I factored in what the letter C stands for in TCU. Not to get all Marxian up in here, but if religion is the opiate of the masses, I guess that means this Berry Street space can officially be dubbed an opium den now.

A bar transitioning into a church isn’t as strange as an Alcoholics Anonymous meeting room becoming a bar, like in Finn MacCool’s case. This Hospital District pub is closing in on 13 years as a hangout for Fairmount neighborhood barflies. Up until three years ago, I lived in literal stumbling distance from its door, so it became the setting for some of my most bizarre “You’ll never guess what happened last night” stories.

One evening, a bride, still in her wedding dress, tried to seduce my buddy to make her hours-old husband jealous. The bride’s uncle angrily requested my innocent friend’s presence in the parking lot. Another night, a random bagpiper dropped in to play “Amazing Grace” and then left without any explanation whatsoever. And then there was the surprise birthday party when all of my friends showed up dressed as me, even the men, with wigs and Dolly Parton-worthy balloons shoved down their shirts.

But despite those well-spent nights having always provided good story fodder, I’ve been an infrequent visitor over the last few years and didn’t recognize any of the staff when I walked in on Friday evening. That anonymity afforded me the chance to check out the place with fresh eyes.

There’s still much to love about Finn MacCool’s Pub. The affable owner, Robert Holt, is a local and is often seen in his own bar hanging out with longtime regulars and new patrons alike. Finn’s has always had a decent selection of whiskeys and scotch, but I always end up going with a Glenlivet and trying to snag a corner bar seat to people watch. For a bar this smoky, it remains surprisingly clean. The floors never seem to be sticky, no matter how many beers have soaked into those 1920s-era boards. The pool tables are level, and the dartboard still has its metal wiring and legible numbers. On my visit, the bartenders were polite but distant, which worked perfectly fine for me.

The only thing I miss from the old days, besides the many great employees who have moved on to other things, is the amazing jukebox. It’s now an internet-connected deal, which lets any schmuck put in $5 and play the Black Eyed Peas for hours. The old one had carefully curated tunes by bands like Black Rebel Motorcycle Club. But really, that’s a menial gripe from my fist-shaking side and not a deal breaker. If I walked into Finn MacCool’s all over again, I would recommend it, especially to any drinker wanting to support small local businesses and its friendly owner.