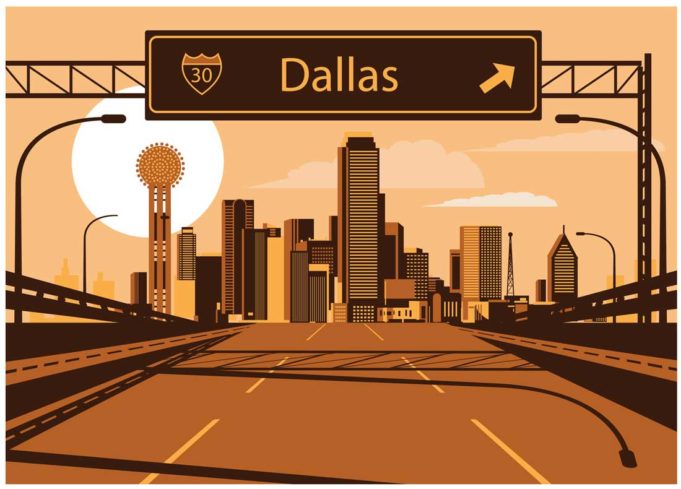 Arlington residents might have heard bullets whizzing overhead recently or at least caught the verbal kind of shots fired from Dallas back toward Fort Worth. It started with a collective gasp around the 817 when consultants with Austin-based TIP Strategies shared the results from their economic development strategic plan they were hired to create by Fort Worth city leadership. The “too long, didn’t read” version basically says if we Fort Worthians don’t make some changes, we will become a suburb of Dallas.

In light of that report, it seems Michael A. Lindenberger over at The Dallas Morning News has some thoughts for our fair city that he laid out in a sententious recent editorial piece entitled “From One Little Brother to Another: Fort Worth, Just Embrace Your Junior Status.” There was also some talk in the column about gravy, propane, and Kentucky, which sounds like the makings of a crap pop-country song somebody is wailing over at Gilley’s. Honestly, I glazed over midway through reading the piece, but I think Lindenberger was trying to drive home the point that we Fort Worthians should just give up our identity to the “grownups” over in Dallas. If Big D is a grownup in this family, then it must be a cousin green with envy that its plucky relatives to the west are making their way without a cranky old codger’s flaccid advice.

It’s not our eastern neighbor we need to look toward for lessons. Instead, our southern sister city of Austin is a far better crystal ball for the next 15 years in Cowtown’s future. Austin city leaders actively courted large corporations and employers to the area, bringing with it high-paying jobs and a demand for elevated dining and drinking experiences. But that kind of progress was also a harbinger of gridlock traffic and the failure of an abysmal public transportation system. We have to act now to improve Fort Worth’s infrastructure, or we will be in trouble.

Yes, Last Call is a column about drinking, bars, and entertainment culture in Fort Worth. So why should you, reader of a humble hootch writer, care about the results of the city’s strategic economic development plan or a Dallas journalist’s opinion? Simply put, all of the stuff we love about this city: its amazing arts scene, top-tier dining, music, craft brewing, and distilling, are dependent on having a delicate balance of gainfully employed residents and tourists paying that sweet hotel occupancy tax.

In 2018, I call on you, my freewheeling and fun-loving residents of Tarrant County, to step up and pay attention to what your City Council members do with the information given to them recently. Are our leaders incentivizing companies to move their headquarters here, versus the PlanoFriscoMckinneySuburbanSprawlaplex? Will they prioritize creating more walkable spaces and protect greenspaces? Can we see a public transportation plan that actually eliminates the need to be behind the wheel on the way home from one of the entertainment districts? Most importantly, will our Texas-owned food and beverage businesses continue to have strong community support? If we actually track this as engaged Fort Worth residents, we can eliminate the chance that we pick up some of the calamitous failures that plague the other side of the 360 Loop.