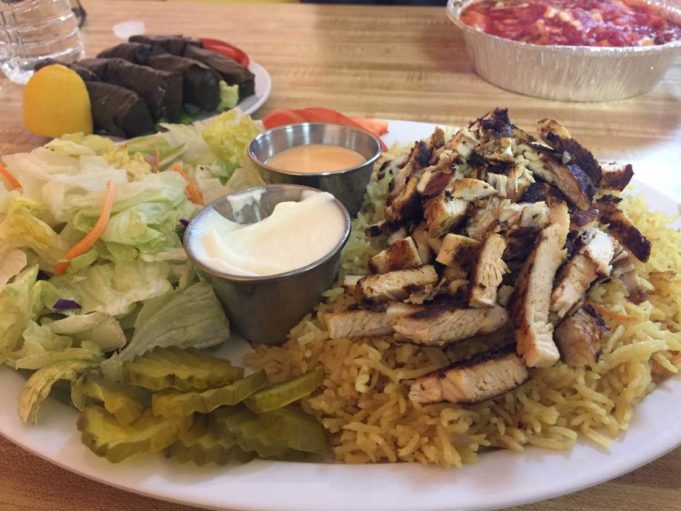 Like many Near Southside residents, there’s been an Angie’s Bikkles-shaped hole in my heart ever since the beloved Jamaican eatery picked up and moved north back in October. The Caribbean café had a lot of good qualities, but, let’s face it, the location wasn’t a selling point. Part of Angie’s charm was that it succeeded despite its near-JPS locale on the un-hip side of the Hospital District. It was the kind of place affluent, Prius-sporting hipsters could visit and pretend to be Anthony Bourdain for a day without ever having to leave the nurturing shadow of Magnolia Avenue.

That building sat empty for months, so its new occupant, Galveston Café (1704 Galveston Av, 682-703-2241), doesn’t even get to reap the benefit from customers who haven’t heard that Angie’s has relocated. In other words, the new eatery is starting from zero.

First impressions can be rough, especially when the restaurant sits near the bus stop closest to JPS’ south exit. As my guest and I pulled past gas pumps into Galveston’s tiny parking lot, panhandlers loomed. Our second impression wasn’t much better. The once lively, colorful space felt still and quiet and looked barren –– save for an island-themed mural holdover.

The menu casts a confusingly wide net, with its odd mix of Mediterranean, Italian, burgers, and Southern comfort fare. But the more you consider the restaurant’s location and potential clientele, the more sense its offerings make. Burgers are a scant $3.50, gyros are under $6, and huge portions (we later discovered) of other items typically run less than $10. After a little cognitive restructuring, I came to understand that Galveston’s was an everyman’s café that offers variety and fresh flavors to an audience for which choices don’t usually abound.

Casting aside all of the usual food critic BS, you pull for a place like this for a few reasons: 1.) The guys who were running the show on my visit (presumably the owners) were remarkably conscientious without appearing needy. The kitchen asked for feedback on the food after our lunch. “Oh, you’ll get it,” I thought to myself. 2.) That area needs a place like this and not just for the downtrodden masses looking for cheap burgers. With the restaurant explosion on Magnolia Avenue, cheap counter places have become a dying breed. 3.) The food is good –– and not just good for the venue. Sure, the one-man kitchen probably serves its share of Ben E. Keith-prepared meatballs. But some of what I ordered tasted fresh and made to order.

The place still lacks polish. After we ordered, the polite man working the counter told us there would be a 15-minute wait for our food. We were the only people in the dining room for a while. Instead of serving our delicious appetizers of stuffed grape leaves ($6) served with a tahini lemon sauce first, all of our food arrived at once. While my guest and I were fine waiting, that won’t play with the hospital crowd or anyone waiting for a bus. It might also be wise to invest in real flatware. Our plastic utensils felt as though they would buckle and crack at any time.

Galveston Café, as I alluded to earlier, doesn’t skimp on portions. My chicken shawarma (a comparatively extravagant $10.99) was served alongside an out-of-a-bag salad and what had to be housemade hummus with warm pita bread. The marinated chicken tasted of herbs, cumin, coriander, garlic, and a hint of cardamom. Yellow-hued turmeric-tinged rice spilled over the plate. My guest’s lasagna ($8.99) was definitely made in-house. Lush, gooey ropes of ricotta and mozzarella held on for dear life as they were pulled from a heaping aluminum bowl filled with pools of marinara-slathered pasta sheets.

Alas, Galveston lacks the exotic-looking, Instagram-friendly photo ops of the building’s previous tenants, but that’s not to say the ramshackle little joint doesn’t have its own rewards –– the duck-face crowd just might not get as many “likes” on social media for going there.