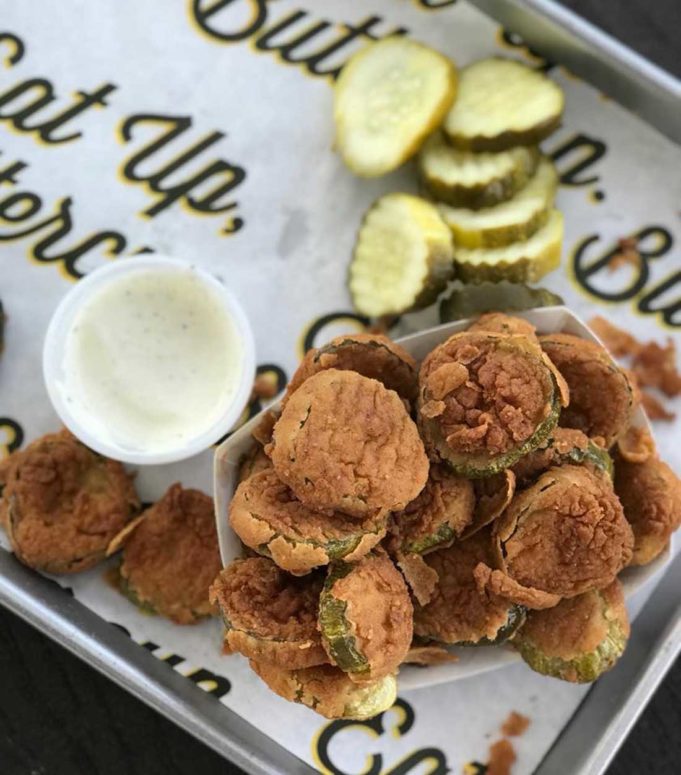 Oh. My. God! A *gasp* trendy new out-of-town chain has *starts to cry* come to Fort Worth, and it’s the super-est one out there: Super Chix (1217 8th Av, Ste 115, 682-312-6284). So should I pitch a tent in the parking lot and be first in line when they open? Surely the Fort Worth Police department will be stationed on 8th directing traffic like they were on West 7th Street when In-N-Out Burger opened a few years ago. I don’t mind waiting in line for two hours like when Torchy’s set up shop on Rosedale Street a while back. I mean, c’mon. It’s a popular chain, and this is Fort Worth friggin’ Texas – the official city of chain worship. *pukes*

But seriously, the Dallas-based chickenarium isn’t quite on the hype-level of some of the bigger national/regional companies to open here, but it is the newest one to capture the imagination of our townsfolk. I’m already feeling a little chain-fatigue – and perhaps a little bitter that yet another “concept” from that city to the east has opened to much ballyhoo here. I’m also particularly offended that Super Chix has landed in the once-local-centric Near Southside area.

I tried to keep an open mind on my recent visits to Da Chix. (That’s what I’m calling it now. Hop onboard.) The place has the look and feel of a restaurant that was ordered out of a chain restaurant catalog: High ceilings with exposed air ducts? Check. Modern-looking minimalist décor with a quirky ordering system? Indeed. Craft beer and obscure indie sodas on offer? You betcha. Brand-conscience décor that assures you’ll forever associate a color combination with the taste of fried chicken? Damn straight. Corporate ethos that depends on you being impressed by the word “fresh?” Mmm-hmm.

I shouldn’t hold this against Super Chix, but that last time I dropped in for lunch, I darn near had a panic attack from the construction noise coming from the floor above the dining room. The shattering, thunderous clatter made it impossible to speak to my guest without screaming, so we eventually moved outside where it was pleasant enough but chilly. The incredibly polite manager apologized for the inconvenience, but it left a bad taste in our mouths.

The fried pickle appetizer ($2.99) did little to wash away that bad taste. (Zing!) The heavily breaded quarter-sized wheels were cloying, over-seasoned, and soggy. Maybe the kitchen accidentally used the seasoning for the Southern Cole Slaw ($2.49) in the pickles, because the small portion of minimally dressed cabbage was bland and unmemorable.

The four-piece chicken tenders ($5.69) were moist and appropriately salty but the breading suffered from the same sogginess as the pickles. The shih tzu-paw-sized hunks of bird tasted like grease sponges. The signature dipping sauce was tangy but so sweet I wondered if it was engineered for an infant’s palate. The kitchen redeemed itself with the wonderfully piquant, juicy Nashville Hot sandwich ($5.99): hand-breaded tenders drenched in a fiery sauce with superbly fresh-tasting (non-breaded) pickles lining the length of the soft bun.

On the grilled side of the menu, the Blackened Cajun sandwich ($6.19) was so incredibly salty, I couldn’t taste the accompanying garlic aioli, lettuce, tomatoes, or fried pickles.

If there’s anything that’ll bring me back to Super Chix, it was the hand-cut fries ($2.69). The perfectly crispy spuds come in three flavors: salt (featuring salt!), signature sweet, and, my favorite, the fragrant, spicy rosemary black pepper.

So I did find some redeemable things at our latest chain invader. But I’m not sure I’ll ever get past the noise.

Meat Me on Camp Bowie