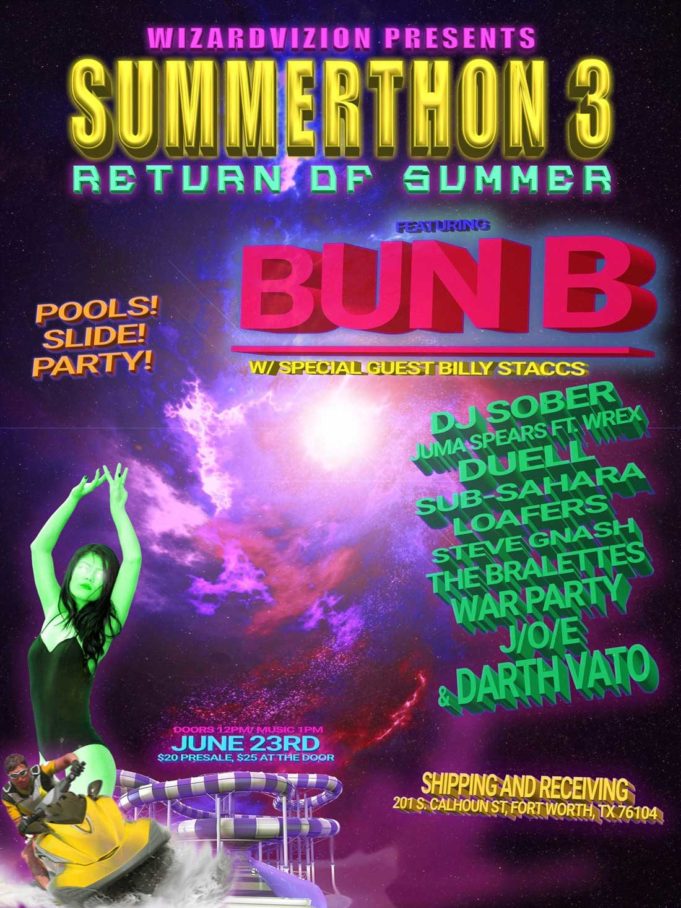 Technically, summer is about four weeks away, but the heat is already here, so we might as well act as if we’re kicking off the season now. Moreover, this week’s HearSay falls under the rubric of “Fort Worth Weekly’s Summer Guide,” so put on a tank top, burn a hotdog, and get ready to Sharpie up your calendar with the following recommended concerts.

I think the most apt description of San Diego’s Earthless is “heavy jam band,” because they take a riff and build on it for what seems like forever to be able to initiate what they describe as the “cosmic nod,” a band-and-audience symbiosis that harnesses the possibilities of a single chord to access the secrets of the universe. While all that verbiage might sound like the rhetorical equivalent of a bong gurgle, Earthless really does distill rock music to its most primal, atavistic power. Experienced live –– they complement their music with trippy visual projections –– they’ll make your hair stand on end, especially if you’re blazed as hell.

As part of the team that puts on Summerthon every year, I have a personal stake in this, but don’t let that keep you from seeing a rap legend from the hilarious comfort of an aboveground pool. Besides Bun B (and his pal Billy Staccs), the lineup includes North Texas locals DJ Sober, War Party, Juma Spears (featuring Wrex), Duell, Sub-Sahara, Steve Gnash, Loafers, the Bralettes, J/O/E, and Darth Vato. The all-day event comes packed with smaller pools, a giant slide, food trucks, vendors, sunburns, and other tacky fun. The tickets are a mere $20.

I guess Starplex is officially called Dos Equis pavilion, but whatever. This concert is probably the best way to reenact one of those huge country festivals from the ’80s, and you don’t have to endure any dipshit Nashville bro-bros rapping about tailgating or whatever it is that Jason Aldean and Luke Bryan sing about. Willie’s picnic is but a few days later, but a lawn seat (under $30) at this show sounds like a better deal and way more fun to me.

Though the individual day tickets are sold out, you can buy a weekend pass for $149. The annual event combines live music, camping, and river floating. From experience, I can say that it’s a much more enjoyable and tolerable summer festival vibe than driving all the way to Bonnaroo. It’s hot, beery, and delirious, and each year the lineup gets bigger and better. This year’s acts include Snoop Dogg, Modest Mouse, Lil Wayne, Tame Impala, Bassnectar, Run the Jewels, Bun B, White Denim, Com Truise, and like 10 other mid-to-top-tier festival-level acts. If you pack light, do not skimp on sunscreen and water.

Obviously, the Slayer final tour show at the Bomb Factory on June 19 is an essential concert, but even before it sold out, the tickets were prohibitively expensive for a lot of fans. Anthrax and Testament will both be on that bill, but they’re also coming through North Texas again in August, and the GA price is under $40. That’s kind of a steal to see two of thrash metal’s mightiest bands.