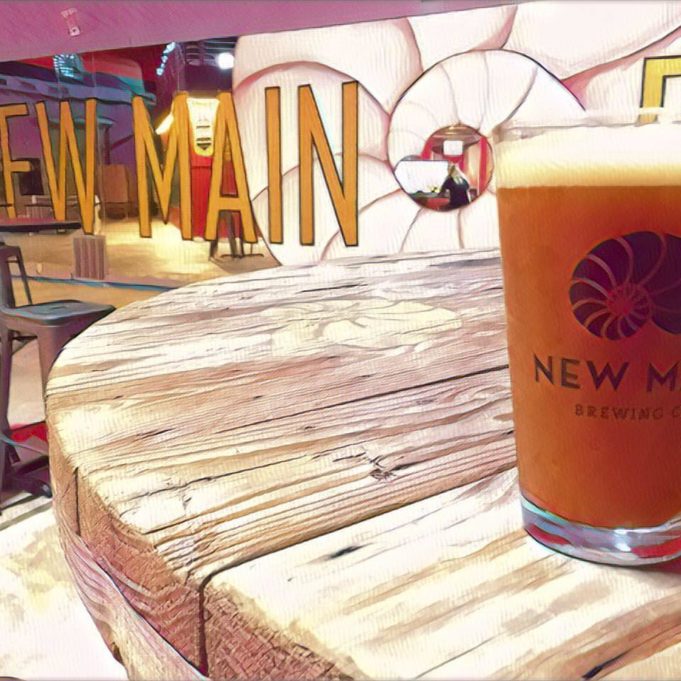 Remember the feeling of waiting to unwrap and play with a new toy? New Main Brewing Company founder David Clark has lived in that excited state of tension for the past several weeks as his federal TTB paperwork wormed its way through bureaucratic channels. The regulatory agency recently greenlighted that application. Clark told me in a phone interview what we can now expect from the Pantego brewery.

“The idea behind our name [and brand] has always been education,” he said. “A lot of the [locals] who visit have been misled [by advertising from MillerCoors and the like] to believe there’s a difference between beer and craft beer. Our goal is to educate everyone. If you like pilsners, that’s fine, but that’s just one leaf on the tree.”

New Main’s core beers (wit, pale ale, IPA, and stout) are all “true to style,” meaning they pass muster when it comes to meeting Beer Judge Certification Program guidelines. The brews will be listed with three defining flavor descriptions as well. Each core offering will eventually be available in three varieties: fruited, spiced, and wood- or barrel-aged.

Clark is working off a 20-gallon nano brewery for now. He is already eyeing a five-barrel system that he says will serve his needs for years to come. As New Main’s production ramps up, he plans to cut back on beer sales from outside breweries. Eventually, he said, the goal is to sell only in-house brews plus cold brew coffee and kombucha.

Beers you can expect on tap soon include an IPA made with locally sourced lavender and a spearmint-kissed porter. Events at the brewery include live music most weekends, jazz on certain Wednesdays, trivia nights, stand-up comedy shows, and Goat Yoga.

To celebrate the opening of New Main’s taps, Clark is planning a big event June 20-22. The party’s name, fittingly enough, is “Finally, An Event Celebrating Our Beer!” 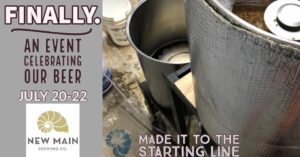 Finally, An Event Celebrating Our Beer!

From New Main: The day has finally come to celebrate New Main Beer! No more waiting! Come in all weekend and ask for a New Main Beer! Available beers will be released a few weeks before the event, so stay tuned! July 20-22. Event page here.