It’s fascinating when a song’s lyrical content contradicts its musical tone. There’s something oddly satisfying about the juxtaposition of brooding, melancholy prose laid on top of jaunty, major chord progressions – that tension of being pulled emotionally in opposing directions. Fans of this type of musical bait-and-switch may have a new champion in Tilly and the Flowers, the solo project of singer-guitarist Steph Buchanan. The Crystal Furs frontwoman released her debut album under this nom de rock earlier this summer.

The 10 tracks on Girl in the Background showcase Buchanan’s signature self-deprecating lyrics at their serotonin-depriving best, especially taken over the backdrop of producer/multi-instrumentalist Paul Boll’s sanguine-melodied piano-driven accompaniment. Imagine the self-loathing of Elliott Smith delivered in the voice of Natalie Merchant over instrumentation that blends the whimsical chime of The Cranberries with the French discotech aesthetic of Stereolab.

“We were going for sort of a retro-ish feel,” Buchanan said. “At least that’s kind of what it was in my head– retro-flavored pop with sort of, like, wordy confessional lyrics. I call it ‘pop songs for loners.’ ”

Over bluesy guitar lines, bouncing piano, and glittering synths, Buchanan’s lyrics are replete with clever self-disparaging lines. “Anxiety always gets the best of me / If you want my heart, you can always find it on my sleeve,” she sings over sweeping Moog keyboards on “Struck.” She opens the smoky jazz number “Rotten” with “I’m just the wallpaper at my own party / You come over to be with people who aren’t me.” On “Grace and Poise,” she nonchalantly muses, “I feel like a walking punchline / Go ahead and laugh if it makes you feel good / I’m invisible most of the time / It’s not bad, I’m just misunderstood.”

On the page, the words might appear stark and uncomfortably revealing, but they’re sung with such smooth and inexplicable confidence that some of that vulnerability is hidden behind a thin protective veneer of sarcasm.

“I feel like my default mood is a little – I wouldn’t say depressed – but definitely not upbeat,” she said. “Low self-esteem is just my normal. There’s definitely a little bit of a [tongue-in-cheek element] to it. It comes from real feelings, but you try not to take it too seriously. You have to have a sense of humor about things.”

Many of the songs on Background date back to 2014, when Buchanan was in the Diabolical Machines, her first band with husband Kevin Buchanan, who plays keys and shares songwriting duties with his wife in the Crystal Furs. But in 2015, Steph let a bit of musical insecurity get the better of her, and she left the Machines before her tracks could be recorded.

This presented an opportune time for well-tenured local musician and film composer Paul Boll (Melrose Place, Spy Kids 3) to save the material. He was a big fan of Buchanan’s contributions to the Machines and approached her some time after she left the group about resurrecting and recording those songs.

Buchanan sent him a few acoustic demos, and he began working on some arrangements, sending her what would ultimately become the title track first. That song laid the “candy-coated razor blade” foundation of what the rest of the album would become, she said. Over the next year and a half, Boll and Buchanan recorded the remainder of the album’s instrumentation at Boll’s home studio in Fort Worth. The vocals by Buchanan – and session musician Alan Pollard – were recorded at Fort Worth Sound. Tanner Landry offered engineering help, and Kent Stump (Wo Fat, Mothership, Stone Machine Electric) mastered the record at Crystal Clear Sound. Buchanan self-released the album digitally and on CD, while Wiener Records (Loafers, Picnic Lightning) has distributed a limited run of cassette tapes.

Now that the record is out, Buchanan has been working with Boll on acoustic arrangements of the songs to finally bring them to the stage. Her ultimate goal is to form a band to give the songs a proper live representation, but her patented self-consciousness has her slow-playing the prospect.

“Maybe if I start playing these acoustic shows, and I start getting some show offers where I can, like, pay a band, that might be a bit more of a catalyst into actually putting a band together, ” she said. “I really don’t like asking people to do a bunch of stuff for me and then not having much to offer in return. I get worn out asking so much of people and then being like, ‘Yay, we made like $20. That means that four whole people came to the show.’ ” 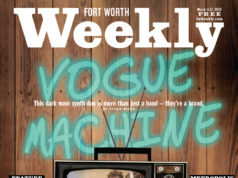