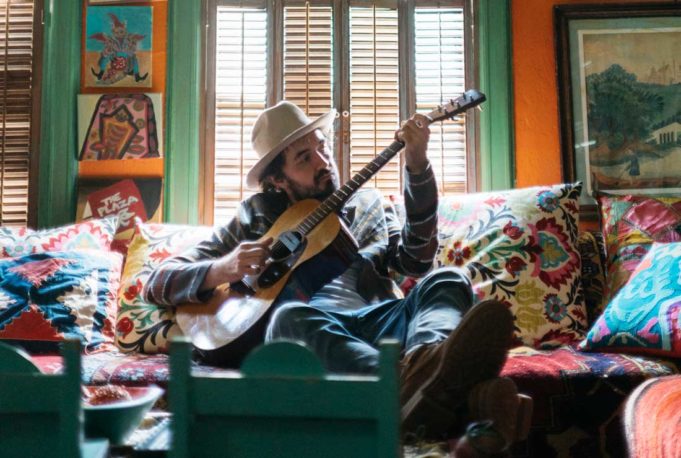 In 2012, the Weekly first reported on a chance meeting between local singer-songwriter Peter More and Steely Dan cofounder Donald Fagen (“Time Out of Mind,” Nov 21, 2012) in San Miguel de Allende, Mexico. The Rock and Roll Hall of Famer was impressed by the then-frontman for groovy roots rockers Oh Whitney, and the two agreed to work together.

More, who ditched the name Oh Whitney in favor of “Peter More,” is ready to show off the fruits of that relationship. Their album, Beautiful Disrepair, was released last week. More said the 11 songs were tracked in between Steely Dan tours over the course of two years and recorded/mixed/mastered at seven different studios (including Fort Worth’s Eagle Audio), five cities, three states, and two countries. The frequent flier miles that he’s collected while making the album is fitting for a guy who can legitimately call at least four places home. The Fort Worth native has spent time living and working here and in Austin, Brooklyn, and San Miguel.

I recently spoke with More over email about some of the challenges he faced getting the album finished, working with Fagen, and how his sound has evolved.

Eric Griffey: Talk me through some of the challenges you’ve had to deal with.

More: Our band relocating from Mexico to Texas and my computer getting stolen were certainly both challenging. My car was broken into outside of a funeral reception (which felt like a sick joke), and I lost all of my rough sketches and lyrics up to that point, which set me back a while. Otherwise, the project went pretty smoothly, working when we could and traveling to different locations that were conducive to the project.

How has working with Fagen changed your sound? What did he add that wasn’t there before?

Working with Donald definitely had a big impact on us all. He has such a creative, fine-tuned ear that I think helped us all learn to really listen to the nuances of each person’s take, part, or solo on each track. For the most part, Donald seemed to want to help facilitate what our band was, and he would throw out ideas from time to time. Layered harmonies were certainly a big part of this album that contrasted from our past recordings. It was all educational – everything from how Donald would mic the drum set to suggestions on counter-melodies to his parts on the keys to mixing with Pat Dillett. Donald is also just a hilarious person to work with, and he loves being in the studio.

Was he more of an advisor or a guide?

We became very close throughout the project with Donald and his amazing wife, Libby Titus. They stayed with us in Mexico, and, later, we stayed with them in Woodstock, [New York] recording and mixing when we could find time. I would say Donald was more of a mentor than an advisor or guide. He wanted to help facilitate and get the best out of our band and each track. He would offer ideas but always deferred to us to make the call. The process was always organic and really laid back.

What would you want a listener to take away from your album in terms of tone, subject matter, and message? Is there an overarching theme in the lyrics and music?

I hope people enjoy the album and find meaning in the songs and the music. The record was written in different places and headspaces over a period of time, so the subject matter varies throughout the album. There are a couple themes but nothing overarching.

How much touring do you plan to do in support of your album? Would it be fair to say that this is Peter More’s homerun swing?

Haha. Well, if it’s a homerun, then we were swinging at a change-up. There was nothing conventional about this project – meeting Donald and Libby in San Miguel was a rare and serendipitous opportunity in my life, and it’s definitely been my favorite project I’ve been a part of. I’m excited for people to finally hear it, and we’ll definitely be touring a good amount in the upcoming months behind the album.