Some Texans and country music fans are lambasting Willie Nelson after the singer announced plans to perform at a rally/benefit for Rep. Beto O’Rourke, the left-leaning politician challenging Ted Cruz for his spot in the U.S. Senate.

Anyone surprised that Nelson supports a political maverick challenging the state’s conservative status quo might also be interested in oceanfront property in Abbott.

The Guardian reported how a Texan on Twitter was asking someone to buy his Nelson tickets for an upcoming concert because he was “no longer willing to watch that hippie guitarist who supports that damn socialist running for Senate.” Other publications reported similar stories with screenshots of the banter. 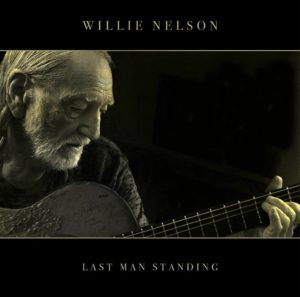 It’s bounced around my Facebook feed the past couple of days: A rough ol’ cob like Nelson who sings country music oughtn’t embrace “socialist” Democrats in the ruby red Lone Star State.

Nelson hasn’t been overt about his politics over the years but endorsed Democrat Rep. Dennis Kucinich in 2011. The Ohioan was one of the few politicians pushing for legal pot back then.

Nelson likes pot. A lot. While growing up, he watched relatives and others suffer health problems from tobacco. Still, he chain-smoked for years before ditching the death sticks. He has described how he grabbed an empty pack of cigarettes and filled it with hand-rolled joints. Every time he craved a cigarette, he fired up a reefer instead.

O’Rourke supports decriminalizing pot and ending an era of prohibition that incarcerates hundreds of thousands of people, particularly minorities.

“A school-to-prison pipeline has produced the largest prison population on the face of the planet,” O’Rourke told a crowd in Austin recently.

Another fan wrote on Nelson’s Facebook page: “Just cause you can write a song, sing a song, play a guitar, and smoke weed doesn’t mean you know what’s right for this state!!! Entertainers should stay out of politics and stick to entertaining.”

Nelson weighs in on matters that touch his heart, and not only the weed. Ask any small farmer what they think about the guy who has organized Farm Aid since 1985.

Remember in 2001 when many  Americans –– to use the phrasing of country artist Toby Keith –– wanted to stick a boot up the ass of every Middle Easterner post-9/11?

Not long after the New York bombings, Nelson performed at a benefit for 9/11 victims and sang “America the Beautiful.” But he also told Playboy in an interview that Americans would be better off trying to communicate with our country’s detractors rather than instinctively bombing them into oblivion.

“Are we going to look at poverty, disproportionate wealth, and the horrors in the world or ignore them? “ Nelson said. “The poorest places are the ones where terrorism breeds. If someone wants to kill me bad enough to kill himself at the same time, there has to be a reason. People jump all over you if you ask the question, but if someone in America murdered 10 people or 3,000, the first thing we would ask is, ‘Why?’ Nothing can justify the attack, but there might have been something we could do to prevent an attack in the future. I’m not talking about giving in or negotiating with terrorists. I’m talking about looking at the complaints of people in the world who hate us. Is it because our troops are over there? Are we afraid to say that? Anything else? Our policies regarding Israel? I’m not saying we should stop doing anything they don’t like just because they don’t like it. But we should understand why and try to acknowledge that people in other parts of the world have rights, too, that they matter. What arrogance to say it doesn’t matter what they think. It’s not un-American to ask these questions. It’s un-American not to ask them. America really stands for human rights and freedom. Let’s apply it everywhere.”

In this partisan world, entertainers are smart business-wise to keep political thoughts to themselves. Stances taken mean possibly pissing off half the country –– people who buy CDs and attend concerts. Boycotts get easier everyday. Whether it’s Keith wanting to kick some brown-skinned ass years ago or Nelson supporting O’Rourke today, entertainers put their money where their mouths are.

Maybe the ones criticizing Nelson for his liberal stances have forgotten his support for the LGBT movement. In 2006, Nelson recorded “Cowboys Are Frequently, Secretly Fond of Each Other,” considered the first gay-themed song released by a major country artist. 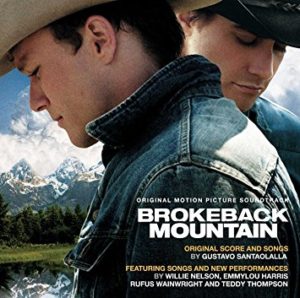 I was in a cover band years ago. We auditioned a country pedal steel guitar player one day, and he played well. Nice guy. We wanted him in the band. But as we sat around drinking beer and talking afterward, he cracked about Brokeback Mountain, a movie about two gay cowboys released in 2005.

I mentioned that Nelson had recorded a song about gay cowboys. He didn’t believe me. I told him the title of the song. He became red in the face and said he was sickened that Nelson was gay.

He packed his steel guitar and left pronto. We never heard from him again, which was fine by me and the other band members.

You and I can mouth off all we want about things. We have nothing to lose (except maybe a prejudiced steel guitarist). Nelson stands to lose hundreds or thousands of fans and who knows how many dollars whenever he expresses views.

But I’m glad he does. I’ve followed Nelson’s career pretty closely since the 1970s. He seems like a wise man with eight decades of experiencing the world in a way most of us haven’t — unless you’ve been buzzed atop the White House.