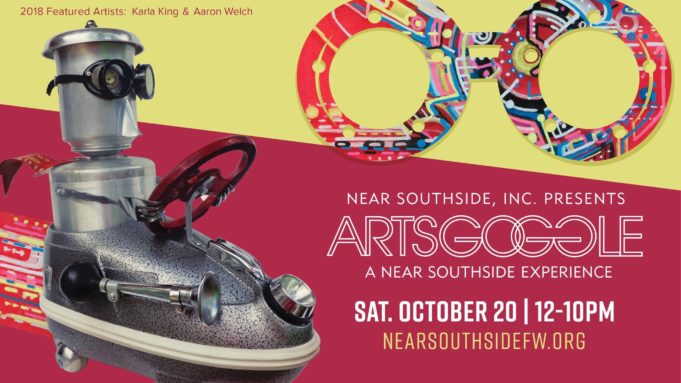 1) Beto O’Rourke is speaking on Saturday morning at the Ridglea Theater (6025 Camp Bowie) from 8:30 to 10:30. I implore you to support this guy. I spoke with a local attorney, a man in his 40s who is voting for Ted Cruz; he said it was because despite the fact that he knew Ted Cruz’s professed beliefs are phony and self-serving, he can predict how Cruz will vote, and his votes generally prop up the status quo, which this attorney prefers to the “far too liberal” agenda promoted by Beto O’Rourke. What was interesting to me is that this Cruz supporter was in favor of liberal things like legalized marijuana and agreed that the cost of health care was outrageous and furthered the divide between the rich and the poor. But this man has obviously bought into Ted Cruz’s scare tactics, which is unfortunate, because he is one of many people who have fallen for that human snot rocket’s message of fear – of the immigrant, of economic malaise, of firearm confiscation, of genuine equality, basically fear of anything new that offers hope to all Texans and not just the ones who are white and comfortable – and the idea that Beto doesn’t represent “deep red Texas.” If you ask me, given Texas’ increasingly youthful and ethnically diverse population, the notion that it is “deep red” is no longer valid, and it’s just another squeeze of bullshit atop the ever-mounting pile that Cruz ejects every day from the quivering face-anus located beneath his nose. I get why a rich, white person would vote for him, but anyone else who is excited about Ted Cruz is akin to a cow getting stoked because Ronald McDonald is leaning over the fence and waving. Anyway, here’s a link with more information about Saturday’s rally. And here’s the most recent debate between Beto and the Turdslug, in case you had something like band practice on Tuesday and didn’t get to watch it:

2) Saturday, there’s a stoner rock bill at the Tin Panther (937 Woodward) with a rare appearance by sludgy cosmic boogie machine Vorvon, whose double dose of bass guitarists provide a wall of subsonic thunder from the far reaches of eternity. How’s that for weederiffic verbiage? And I’m not even stoned! Before I tear my rotator cuff slapping myself on the back, this lineup also includes Deadhawke and C.I., both of who are fine purveyors of ear-scorching hard rock, generated by towering peaks of amplifier mountains. Doors are at 8, show starts at 9ish, cover is probably $5 or more. Here’s an old Vorvon video:

3) Also Saturday, Lola’s Saloon (2736 6th St) hosts Chillamundo’s release party for their new album Paper Planes, and besides that band’s brand of off-kilter, scuzz-pedaled slacker rock, New Wavy are-they-punk-or-aren’t-they guitar slingers War Party is on the bill, as well as country sangin’ party duder Vincent Neil Emerson and skate folk troubadour Tommy Luke – put together, they all make for an interesting Spotify playlist and an eclectic lineup. Show is all-ages, doors are at 8, music starts at 9, and cover is $10. I dig the hell out of this Chillamundo promo video. Way to set the bar, guys!

4) Lola’s Trailer Park hosts a Halloween costume party that doubles as a rap showcase on Saturday. Called Fright Bash, the show starts at 7:30 with David Allan Dope, followed by Roze, Uyskuti, William $, J/O/E, Sam Mariee, 47 Hunnit, and headliner Go Yayo. Your ticket doubles as a raffle entry for a prize at the end, and the scariest costume wins a $350 cash prize. Monique and IAMWAYNE host the party, DJ Throwed provides the beats, and Libby-O is freestyling between the other artists’ sets. Pre-sale tickets are $10, and entry at the door day of show is $15. Show is 21+. Here is the Fat Boys’ Halloween classic, “Are You Ready for Freddy?”

5) Arts Goggle is on Saturday. If you’re new to town, it’s this open air art and music fair where Magnolia is blocked off between 8th Ave and Hemphill St and filled with vendors selling arts and handicrafts under tents, as well as various food trucks, mobile thrift and/or vintage stores, and presumably someone walking around juggling devil sticks or some other“quirky,” “hippy,” or otherwise “alternative” physical activity of the sort you see at a music festival, especially in the proximity of a person selling weed pipes and other Bob Marley supplies. Of course, Arts Goggle also features some 17 billion bands, and I’m asking you to please click this link to see what they are, because life is short, and I have other things to do than list them all and then go back and insert all their hyperlinked bandcamp pages. That shit takes time, especially when your Internet comes from AT&T. Oh, and as usual, Arts Goggle is free to attend, leaving you money to buy someone’s print of Boba Fett, another’s hand-blown glassware, or one of those rusted metal Lone Stars that seem to always be for sale at this type of event. Ronnie Heart is playing at 9pm at Fort Brewery, so here’s a video of him playing acoustic: