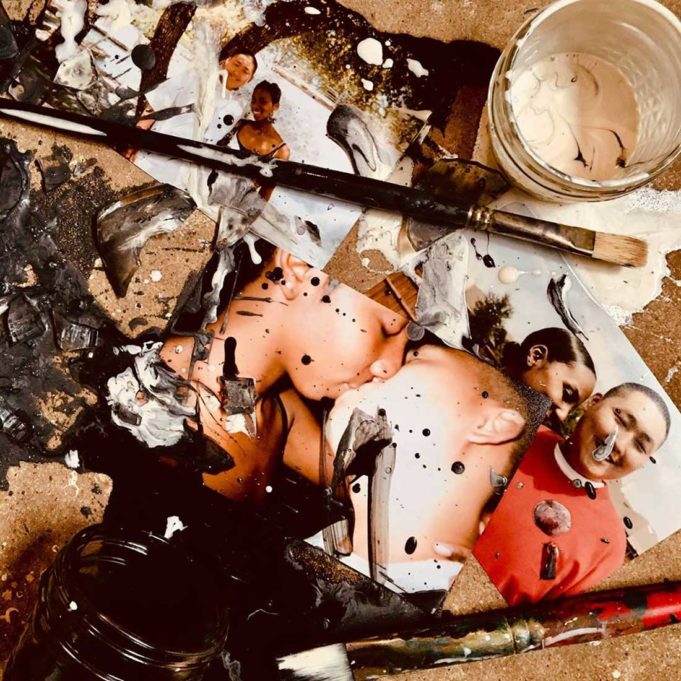 Few local rappers have been near as prolific as Dru B Shinin’. In over a decade, the keen MC has recorded hundreds – emphasis on “s” – of songs. You can get a cramp in your thumb from scrolling through his discography on Bandcamp. Hell, his feature work alone rivals the complete discographies of many other artists. Still, the astute rapper has been pretty quiet the last couple of years since the release of 2016’s Colorful City, his ambitious double LP. That’s not to say his production has slowed. Despite uncharacteristically releasing no new music in that time span, he’s still been diligently scribbling in his “tablet of rhymes,” he said, just as much as he ever has.

Thankfully, his silence has recently been broken with the release of Spilt Paint 3, a collection of measured and mature introspection that still slaps as hard as anything he’s ever dropped. As with everything he’s done, the smooth-vibe R&B-inspired beats were cooked up by his longtime producer EyeJay (Wrex), and Giggy (Lion Eye) engineered the project. The album was posted to his social media with little warning and even less fanfare in the waning days of 2018 –– a long time coming but worth the wait.

As the title suggests, the new songs represent the third installment of an ongoing series. The Spilt Paint releases are a way Dru collects odds and ends that are written between – or don’t make it onto – official LPs, as sort of a “B-sides and rarities” compilation. They’re usually composed of one-off tracks that aren’t connected to a larger concept like the material he crafts painstakingly for his albums.

“We always take a long time on an official LP,” Dru said. “We take such a long time that when we finish, we’re like, ‘Man, let’s just have some fun.’ And we just record a bunch of songs and just throw them out there, like, ‘Here’s some spilt songs.’ They’re not super-thought out. They’re just kind of raw emotion type tracks.”

Different than previous installments, Spilt Paint 3 offers some common themes that Dru touches on in several of the tracks. Most notably, he uses many of the songs to express his pain over the breakup with his girlfriend of 13 years. Opener “Broke Rappers” has Dru twisting the stereotype of MCs with no money into being about a rapper with a broken heart. On “Where Was I?,” he laments various regrets with sober self-reflection, owning mistakes he feels he might have made that led to the relationship’s demise.

Dru approaches many of the songs with a wisdom and prudence that only hindsight can lend, offering lessons he’s learned and hard truths he’s had to accept about himself. After a run of what he calls “just real bad luck” that saw the closing of the studio he ran with EyeJay, he chose to settle down a bit, leaning into a regular 9 to 5 as opposed to late nights on stages. Now, with some distance, he’s been able to reflect on his time “in the grind,” as he puts it.

“Hip-hop is the neglected child of the music community, always trying to prove it’s just as good as all the other children,” he said. “The grind culture of America is magnified in hip-hop, always striving for money, success. And now, looking back, I’m not so sure that’s what we should be doing all the time.”

Tracks like “That Want” and “Chronic Pain” weave the two themes of heartbreak and self-reflection together, marrying his loss and contribution to it, all the while sprinkling in some of his patented clear-eyed social commentary.

He said he “didn’t want the whole album to be about feeling sad,” and to his credit, regardless of the often-difficult subject matter, it doesn’t read that way. Dru comes across as a man who’s mindfully self-aware and comfortable, giving an honest account of his losses and failures, but coming away from them as a better, more fully rounded person. As he flows on the uplifting “Try to be Happy & Free,” “Fuck these devils, I’m still smiling / Fuck the system, I’m still rising / Like the sun I’m still shining.”