The din of road noise is a backdrop for Peter More’s voice as we talk over the phone. Being driven by a foreign friend unfamiliar with the often confusing, never-ending construction on Texas highways, More asks if I happen to know what the speed limit is on I-35 before his voice is drowned out by the rush of a passing vehicle. The 33-year-old rock rootsy singer-songwriter is on his way home to Austin from Fort Worth, though “home” is a relative term. He could claim any of three or four places as home at a given time –– Austin, here in his hometown of Fort Worth, or even San Miguel de Allende, Mexico.

When not in one of those places, he and his band are likely playing in New York City, Brazil, or Cuba. Or he might just be bumming around Australia for a month, as he did earlier this year. In a band with a guitarist from Spain (José Juan Poyatos), a Mexican bassist (Diego Noyola), and a drummer from New York City by way of France (Adrien Faunce), More is well at home in a multicultural milieu. That international spirit seems to be part of his personal identity as well as his music.

“Playing with those guys from different countries and sort of different music backgrounds is always cool,” he said, “to see what kind of experimenting and what sort of collaboration you can have with each person and their musical input. That’s what I love about music –– there’s so many directions you can go.”

His trip to Fort Worth was not a social one, however. He was here to see a doctor –– a hand specialist. Last week, as his band was just about to depart for Havana to play the Biennial Festival, which marked the 500th anniversary of the island city’s founding, he tore a ligament in his finger. He’s been unable to bend it since.

It’s poor timing. The injury casts some uncertainty around a string of shows that he and his band were to perform starting this week. Along with a gig at Near Southside’s Shipping & Receiving Bar on Saturday, the band has 23 dates scheduled throughout several states over the next month. The ligament could potentially take up to six or eight weeks to heal, so he’s scrambling to figure out how he’s going to manage. 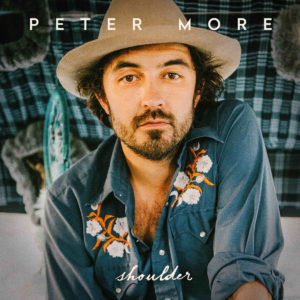 The tour coincides with the release of Shoulder, a three-song EP that acts as sort of an appendix to the much-lauded Donald Fagen-produced (Steely Dan) full-length, Beautiful Disrepair, that More released in August. The EP was recorded during the same six-year back-and-forth sessions that resulted in Disrepair –– tracked partially in San Miguel de Allende, Woodstock, New York, and even locally at Eagle Audio Recording Studio –– mostly in breaks between Steely Dan’s touring schedule. The trio of songs continues the clever blend of roots rock, pop, folk, and indie fusion that More and his group have perfected.

“We just held these tracks off the album because we just kind of liked the way they sat together,” More said.

The title track has been issued as the first single, and its accompanying video, directed by L.A. filmmaker Andre “Von Jako” Giacomini, debuted this week. The last song on the EP, the pedal steel-driven “Marlene” features backing vocals by Amy Helm, Fagan’s stepdaughter through his marriage to singer-songwriter Libby Titus. (Helm is the daughter of The Band’s Levon Helm through his previous relationship with Titus.)

Fagen’s association with the album caused quite a stir before Disrepair was released. Up until that point, the Rock & Roll Hall of Famer hadn’t produced any music outside of his own and that of late Steely Dan guitarist and co-songwriter Walter Becker. More’s project made the rounds in the music press, staring here first (“Oh, Donald,” Feb 13, 2013). It wouldn’t be hard to imagine such a collaboration overshadowing the album a bit, but More said the relationship that he’s developed with Fagen –– both working and personal –– is so great that he doesn’t feel he or his music has been eclipsed in the process.

“I sort of knew that working with someone like that, it was going to be a big storyline,” he said. “But it was very organic, the way it all happened, and we just became really close friends. It was a fairly normal producer relationship –– if I even know what that is. Plus, he’s really fucking funny, so it certainly hasn’t wore me out talking about it.”