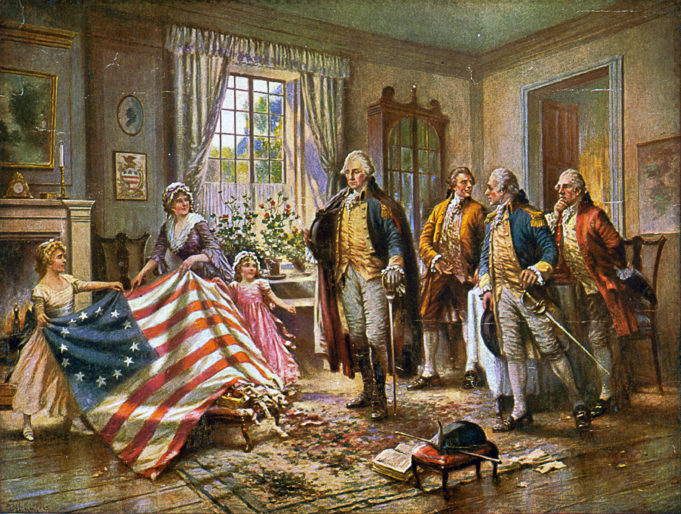 When a team gets a big lead in a game of American football, does it make sense to keep attacking, or to fall back into a prevent defense and try to slow the opposition enough to maintain some advantage?

I thought about this analogy recently when a company elected to play D instead of attacking in a high-stakes situation.

Around the Independence Day holiday, Nike had planned to issue a special Air Max 1 USA sneaker bearing an image of a Revolutionary War-era American flag. Company endorser Colin Kaepernick apparently brought to their attention that he and others would be offended by the flag’s symbolism.

According to NBC News, “In recent years, the Betsy Ross flag has been appropriated by the white nationalist group Identity Evropa and the Ku Klux Klan, who use it to represent a time when slavery was legal in the United States.”

Nike chose to recall the shoe.

The decision is understandable. No forward-thinking company wants to be associated with a racist symbol. Validation of the decision has come in the form of a surging stock price. Criticism has come from those who found the move unpatriotic. But whatever one thinks of the recall, one thing we know for sure: it was a defensive move. Nike played the prevent here.

I wonder if they could have handled it by being proactive instead of reactive. Kaepernick did his duty as a Nike-employed contractor by bringing a potential controversy to the company’s attention. But what if they had said to him, “You’re right. Some people use that 13-star flag as a symbol of hatred. Could we change that?”

While I don’t want to minimize the threat posed by white nationalist organizations, they are still (fortunately) fringe groups. Especially compared to Nike. If the shoe and sportswear giant decided to use its marketing resources to define the Ross flag as a symbol of unity and freedom instead of one of exclusion, it would have a powerful platform to do so. It’s not like you’re trying to rehabilitate the swastika. We’re dealing with the Stars and Stripes.  A PBS account suggested “extremist groups have occasionally used it, but the flag is most commonly used by people for patriotic purposes.” So Nike wasn’t looking at needing to convert a third-and-long here. More like a second-and-inches. And sometimes second-and-short is a great time to run play-action and throw a bomb.

A press release could have read: “Nike spokesman Colin Kaepernick brought to our attention that the historical flag we planned to use on a Nike shoe had been co-opted by hate groups to express their ideology since it was created during a time of legal slavery in the United States. We reject that definition. We encourage a view of it as a symbol of the principles to which involuntary servitude eventually gave way: ‘that all (humans) are created equal, that they are endowed by their Creator with certain unalienable Rights, that among these are Life, Liberty and the pursuit of Happiness.’ While our country still has a long way to go to achieve full realization of those tenets, we believe in reinforcing that they are what this flag, and all American flags, should stand for.”

Nike could then have distributed shirts and footwear with the flag on it to its athletes who were active the week of July 4th, including NBA standouts attending summer league games, Wimbledon competitors, Major League Baseball players, and, especially, participants in the Women’s World Cup. Maybe they’d have added slogans like “Hatred is Not Patriotic” or “Revolt Against Racism.” Perhaps they could have assembled a baker’s dozen of their top endorsers for some content marketing videos or advertisements under the banner of “13 Stars Against Racism.”

When a racist group sees the people they hate, like African-American celebrities – a lot of them – wearing their symbol, and there’s nothing they can do about it, they’re going to have to find a different symbol. Maybe Nike would have seen articles in the press with headlines like “How A Shoe Company Stomped On Hatemongers.”

The reason Nike already had a big lead in this area is because they supported Kaepernick and like-minded athletes in previous protests. Going on the offensive with this flag issue was unlikely to backfire because of the goodwill they’ve already built up with that cohort. And they might have made progress in addressing the disenchantment of those who have disagreed with Kaepernick’s stances (or kneels). Plus, by depriving haters of a rallying point and bringing people together around a national holiday, they’d have effected true social change.

When a team tries to build on a big lead and succeeds, pundits may accuse them of unsporting behavior. As an advocate of sportsmanship, I generally believe in respecting one’s opponent. When it comes to kicking hate-group butt, however, I can’t see anything wrong with running up the score. Perhaps companies should consider doing it.