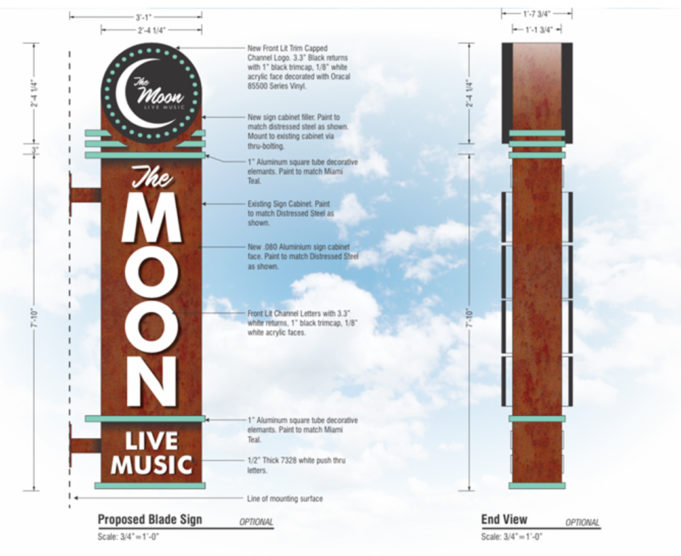 I can hardly believe I’m typing this, but Chris Maunder is reopening The Moon – or rebooting, resurrecting, or whatever the most appropriate verb is for taking the name and logo of his dearly departed West Berry Street music venue/dive bar and applying it to a much grander live music concept farther east, where Berry intersects 8th Avenue, in the space formerly occupied by Americado. I’ve written about the old place a zillion times in this paper. It was where I sung many of the greatest hits and deepest cuts of my mid-20s and early 30s, in all their pitchy ignominy. One of those tunes is called “I Threw Up Scallops on Catfish Whiskey’s Stage Rug.” The less said about that, the better.

My time at The Moon was basically between 2006 and 2010. In 2011, Maunder tried to move the business to Camp Bowie Boulevard –– if you’ve been to the Ridglea Room, that venue is what the new Moon would’ve been. He more or less got burned in some zoning drama, and The Moon’s light appeared to go out for good. Maunder moved on and worked for a friend’s film company, finding clients and arranging shooting logistics. After a couple years of that, he pivoted into oil and gas after running into a friend who worked in the industry and offered Maunder a job in Midland negotiating energy royalties.

While in Midland, Maunder looked around at the city’s latest boom and imagined the opportunities for live entertainment. Then the gas project ended. Maunder missed Fort Worth, so he moved back in February. Summer rolled around, and he got a call from another friend, Trey Neville.

Neville, who owns the building currently occupied by Dailey Method Cycle and Barre Studio and formerly by Americado, asked Maunder if he was interested in doing another bar. “I didn’t know if I wanted to do The Moon again,” Maunder said. “It’s been on my mind this whole time, though. When he asked me about it, I started dreaming about it again. It was a lot to think about. Will people welcome The Moon back? I don’t know. But I looked at the space, and I just thought it was too unique to let it go unused. I’m really excited. There’s so much space! For activities!”

I laughed, because Maunder, per usual, was quoting Stepbrothers. When I dropped by the location, my own imagination wound up, especially when he took me upstairs to the second-floor open-air patio that overlooks the property’s huge expanse of lawn, bordered by a nearly completed 7-foot-high wooden fence. “I don’t know for sure, but I think that lawn is almost as big as Magnolia Green,” Maunder said. “We’re looking to do some big events here.” 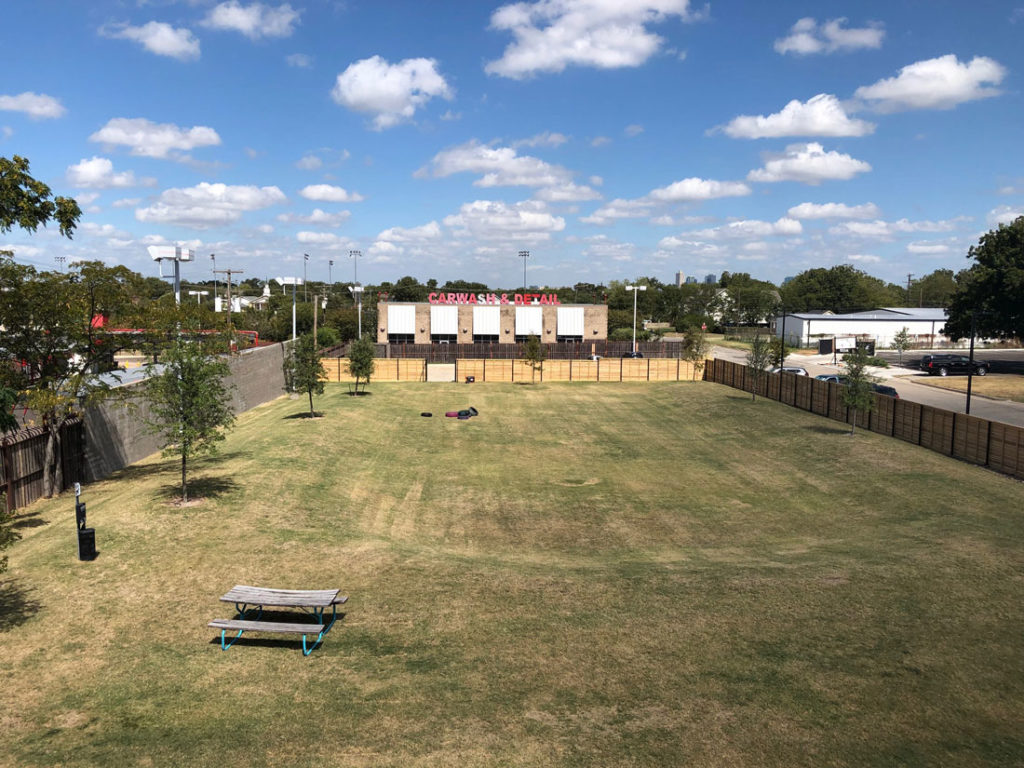 Located in what is turning into the District 90 retail and apartment village, the new Moon can certainly handle a large crowd. Maunder estimated that the lawn can probably accommodate 1,000 people, with space around the building for another 100 and a 250-person cap inside. The interior, which used to be divided into Americado’s customer-polarizing cuisine zones, is slowly taking shape. It’s most prominent feature is a 27-inch metal-counter bar. Maunder plans to put bench seating and cocktail tables along the room’s west wall, an 85-inch TV at the Berry Street side of the room, and a “Mid-Century sci-fi mural” on the adjacent wall. The indoor stage is at the north end of the room, where the bar opens to its enormous backyard. By coincidence, it’s roughly the same size as the bar at the old place.

Maunder admitted he has a lot of work to do to get the Moon up and running, but he is determined to open the doors in time for when Baylor plays TCU on November 9. He wondered if the old space’s era was a function of capturing lightning in a bottle, and I affirmed that it probably was, thinking to myself that there was a time and a place for me to puke after a fun show, and that time had moved on. But Maunder is ambitious, and what he wants to do with The Moon now may be the start of an entirely new epoch of Berry Street nightlife on a far grander scale. From concerts to pet adoptions to Oktoberfest celebrations, Maunder is thinking pretty big. I am stoked to make some new memories there, most likely at a seat in that huge bar. Hopefully, I can keep my dinner down at the end of the night.