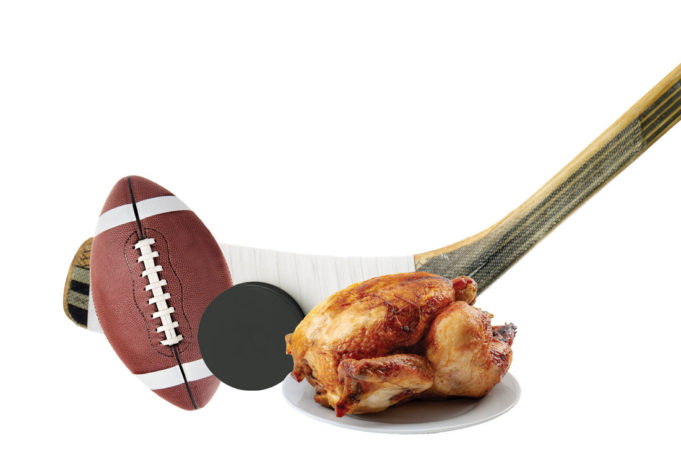 This holiday weekend is notable for welcoming home a number of local teams that haven’t been back in a while. The Dallas Cowboys were home just two weeks ago, but they’ll return for their annual Thanksgiving Day game against the Buffalo Bills, who are … good? It won’t be fun for the ’Boys on a short week after playing the Patriots, but the visitors will be crossing the country for the festivities.

The following day, TCU football wraps up a thoroughly mediocre season with a home date against equally mediocre West Virginia. Both schools can point to upset victories over ranked conference rivals (TCU over Texas, WVU over Kansas State), and the Horned Frogs will still be entertaining faint hopes of a bowl game with a win.

All weekend long, the Lone Star Brahmas (who are atop the NAHL South Division) will be home for a Wednesday game against Shreveport and then for Friday and Saturday tilts against Amarillo. Let’s hope the local side enjoys the Thanksgiving cooking, because they won’t be back here for another three weeks after this.