Fourteen years ago, we had yearlong celebrations for Mozart’s 250th birthday. This year, it’s the turn of Mozart’s sometime student, Beethoven. We’ll have plenty of Ludwig’s music to come, since his actual birthday isn’t until next December, but the Cliburn will kick us off this weekend with Beethoven at 250. For this special occasion, the Fort Worth Symphony Orchestra will join the foundation for performances of all five of Beethoven’s piano concertos.

The five works span much of Beethoven’s career and demonstrate not only the composer’s evolution but the evolution of the musical genre as well. The first two concertos are in the vein of Mozart’s, emphasizing structure and dazzling keyboard effects while using a smaller orchestra. (Beethoven’s Second Concerto was composed before his First and was withheld from publication for serious revisions, after which the composer didn’t care for the result anyway.) The later works, however, utilize a larger orchestra and place more stock in drama and expressiveness, including the masterwork the Fourth and the Fifth, nicknamed the “Emperor” Concerto by the publisher, which seems to capture the music’s majestic quality. The likes of Cliburn laureates Joyce Yang and Jon Nakamatsu will perform the solo parts of these seminal works for piano and orchestra. 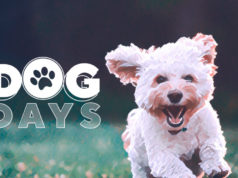