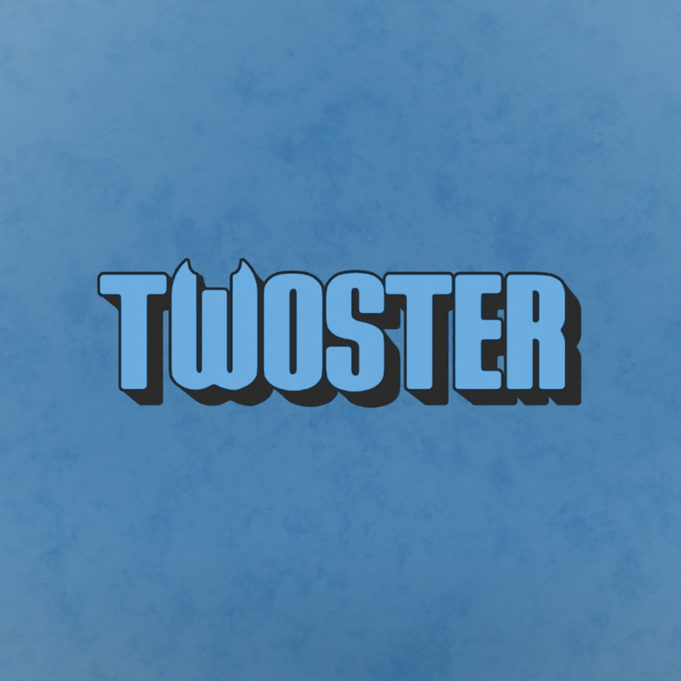 For around 20 years, Americana singer-songwriter Kevin Aldridge has earned steady accolades in the Fort Worth music scene  –– first with alt-country/roots rock groups like Brasco and Chatterton and later with his backing band, The Appraisers. These days, Aldridge is exploring uncharted musical territory with his new project, Twoster, which released its righteous first EP just a week or two ago.

“Everybody has songs that don’t see the light of day, that they like a lot,” Aldridge said. “I didn’t want that to happen to these songs.”

Twoster’s singular sound evolved in fits and starts, Aldridge said, adding that he would send a sketch of a song to Edmiston, who would further flesh it out in his home studio with bass, drums, guitar, and keys. Then Edmiston would pass the baton back to Aldridge. The two ping-ponged tracks to and fro until they were both satisfied.

Although he normally captains his musical endeavors, Aldridge said he was content to take more of a backseat for this material. He wrote the lyrics and melodies and can be heard playing a select guitar solo. Edmiston handles the rest. That’s another break from the norm, Aldridge said: He typically performs all the guitar parts for his recordings.

“I found that there’s something kind of freeing about not doing that” this time, he said. “I’m not such an egomaniac that I have to play on everything.”

The four-song EP is decidedly compact, but it hits like an album. Each track is in its right place — from the groove-inducing opener “Lids” to the contemplative closer, “The Gimmick.” One track sandwiched between is the catchy soft-rock cut “Fall Guy,” which you may find yourself humming throughout the rest of the day.

Aldridge said he wants to create his first-ever music video, this one for “Fall Guy.” In it, the camera would follow around a celebrity’s painfully devoted assistant à la Gary Walsh from HBO’s Veep. “No, I’ll never be the guy / Yes, unless you need a guy / To hold a bag of your supplies / When inspections do arise,” Aldridge earnestly intones in the chorus. “No, I’ll never let ’em pry / Names from me, ’cause I’m the guy / The fall guy.”

“I just wanted space for the instruments so that when they do poke in, for it to shine,” Aldridge said.

Instead of recording another album, Aldridge said he gravitated toward producing an EP — hardly anyone listens to entire albums in this “playlist era,” after all, he said. Further breaking with convention, Twoster skipped the mastering process entirely. And the songs’ slightly unvarnished finish adds to the EP’s overall mystique. Twoster is available now on Apple Music and Google Play.

Twoster doesn’t plan on playing any shows, Aldridge added. Maybe if the guys were still in their 20s, they’d pursue that route, but “that’s not the point of it this time,” he said.

The duo also plans to release a four-part podcast series to accompany the EP. In the episodes, Aldridge and Edmiston will offer insight into the evolution of each Twoster track, which should make for some nice quarantine listening material.

“I think [Twoster’s] something different for us,” Aldridge said. “It’s another chapter. That’s what I like most about it: These songs didn’t die on the vine like so many others.”