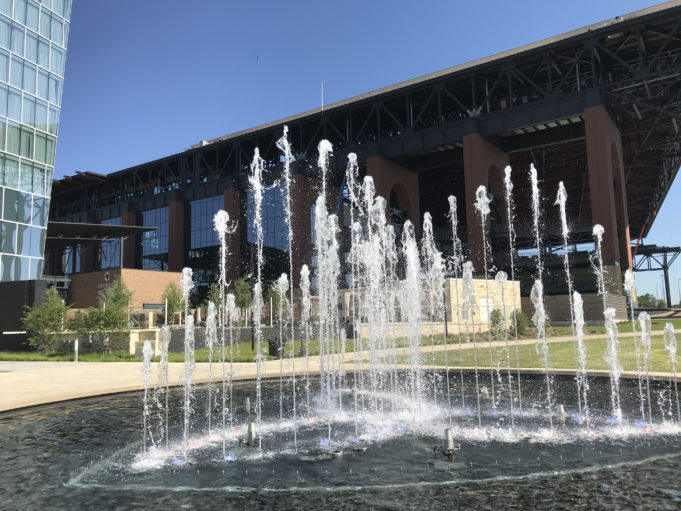 Professional sport has often contributed to society. Besides the enjoyment it gives us and the healthy lifestyles it often models, its teams, players, leagues, and sponsors have often contributed massively to charitable endeavors. And while its record is by no means unblemished, it has been known to supply opportunities to underserved populations, e.g. Jackie Robinson.

Sports is about to make another contribution to the general welfare through its success or failure in playing games. It’s giving sports fans something to watch on TV, putting some broadcast freelancers back to work, and creating an industry that didn’t previously exist – making cardboard cutouts of fans to place in empty seats. But its greatest gift might the risks it’s taking.

Resuming play is no sure thing. A rash of illnesses could doom a league’s season. Those who claim to know exactly how pretty much any COVID-related scenario will play out are fooling themselves. And that’s why what they’re doing is so valuable.

Despite months of furious study, we still need more knowledge about how the virus behaves. We need to get a better idea of how effective certain measures are in preventing its spread. It’s difficult and ethically questionable for scientists to run controlled trials on masses of humans. But we still need to know things. Enter sports.

It’s the nature of sport to greatly value physical health. Besides wishing the best for one’s friends, teammates, or employees, a pitcher’s fitness often determines whether he can generate sufficient fastball velocity to strike out a hitter. A soccer forward needs to be in top shape to accelerate to meet a pass in the 91st minute of a game. And for hockey players, playoff overtime looms.

So teams and players have every incentive to keep players healthy, and they’ve come up with intricate and expensive plans to deal with the threat of COVID-19 itself and the complications its possible presence adds to treating normal game-related injuries. Soccer started earlier this summer, and other sports have followed. Such activities make for good laboratories, because these clubs devote resources to top-tier medical personnel and facilities, as well as frequent testing. If they succeed in playing full seasons, the broader business community may learn some best practices. If they don’t, we learn some of what not to do.

Germany’s top soccer league became the first of the world’s major sports circuits to resume, and completed its season in relative safety. Some North American leagues will test the “bubble” model in Orlando (basketball and soccer) and Canada (the NHL). Baseball teams will see what risks frequent travel from, for instance, Arlington to Seattle will present. If and when athletes and support personnel do test positive, we’ll have good information on their behaviors (to determine how they became infected) and their baseline physiology (to gather information on how, and, hopefully, why their bodies react to infection in certain ways).

There’s danger, to be sure, and we shouldn’t look at these athletes as sacrificial test subjects. But any activities outside of one’s house carry risk and we’re all trying to figure out how to return to productivity while minimizing unnecessary hazards. Luckily, young and active athletes fall into the lowest risk categories in terms of dying from the virus. We don’t want anyone to contract a disease, but some will, and ideally we’d prefer it to be those best equipped to survive it. Some at-risk players, like Elena Della Donne, and older broadcasters, coaches, and officials have opted out or taken special precautions.

Many applauded the imposition of quarantines when they occurred in the spring as vital to preventing hospital overcrowding. Others questioned politicians’ ability to identify essential businesses and their rights to restrict people’s freedom to peaceably assemble. But one thing we know for sure is that restrictions on businesses opening did prevent experimentation and, potentially, innovation in finding safe ways to operate. Whether those restrictions were justified can be debated, but it’s indisputable that they happened.

Now sports is happening. We hope our team wins the World Series or hoists the Stanley Cup. But it’s in watching how they do it that we may realize our greatest reward.