Fort Worth police have been the target of vocal criticism from Black Lives Matter supporters for the past two months. “Fuck the racist-ass police” has been a popular chant among Fort Worth protesters since the killing of George Floyd, a black man, by a white police officer in Minneapolis in May. Countering that narrative this morning was a large march and rally dubbed The March for America.

Supporters of law enforcement organized at the Fort Worth Police and Firefighters Memorial near the West 7th Bridge before marching to the Tarrant County Courthouse for a rally that featured speakers Sheriff Bill Waybourn and conservative organizers, politicians, and political candidates. The vast majority of attendees were not wearing face masks as mandated by Gov. Greg Abbott and advised by the broader healthcare community. Carlos Turcios, 18, described why he organized the event. 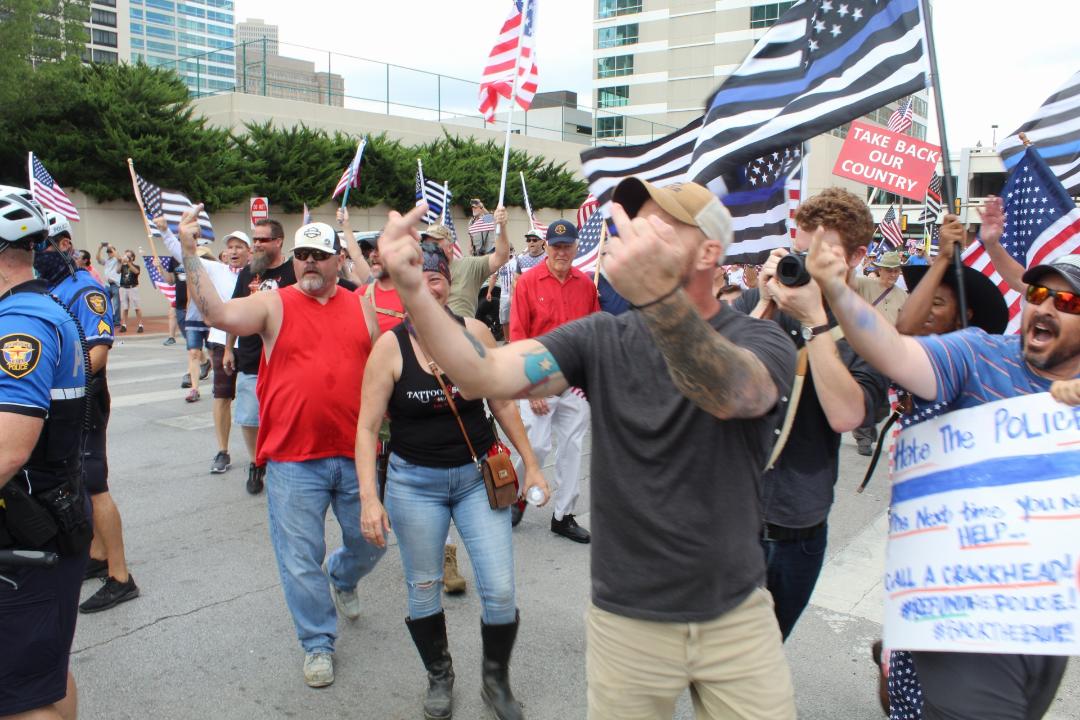 “We need to come together as a country,” he said. “This is not a partisan issue. Everyone can come together, have a dialogue, and support our country. A house divided cannot stand.”

“Today has been a great blessing,” said the sheriff who is seeking reelection. “We lead at the tip of the spear with love. It was chilling to start at a memorial park where we honor the brave men and women who have died for this city, county, and state. As we hit tumultuous times, it is people who like you who bring hope. As we look around at the wealth and success of this great county, there are two fundamental reasons for this. One, we were blessed by an almighty God. Two, the wisdom of our forefathers to create the greatest [law-based] country the world has ever seen. It is the rule of law that makes it flourish and wealthy.” 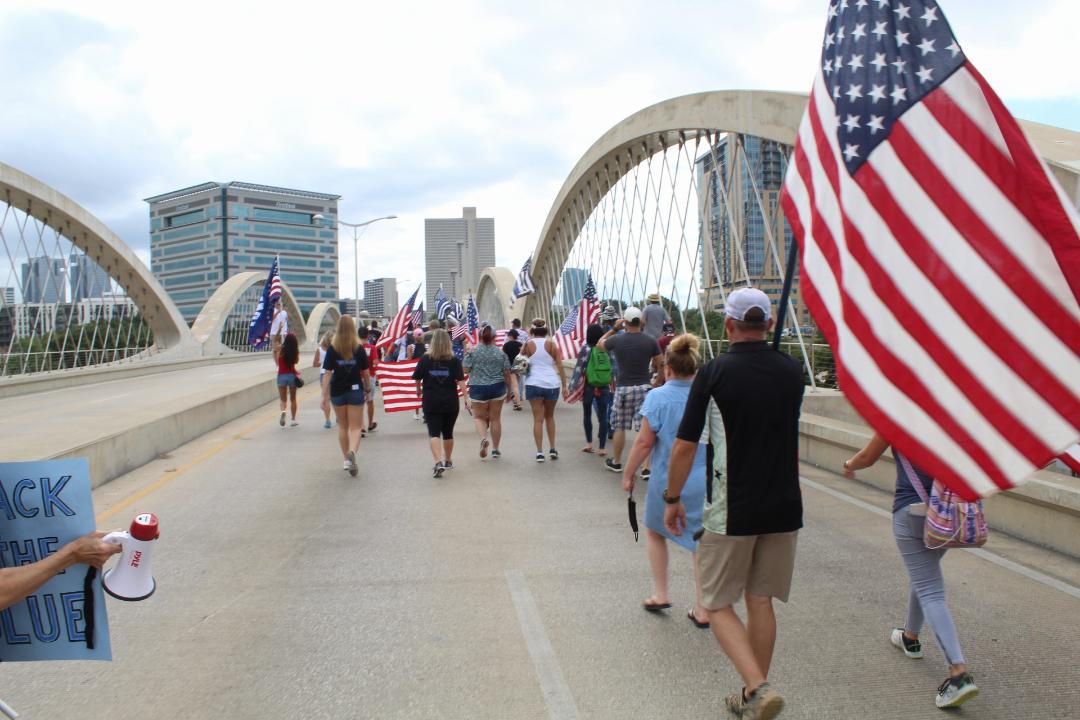 As rally attendees chanted, “Four more years!,” members of Black Lives Matter protestors engaged in heated discussions and debates with folks on the pro-law enforcement side of the line of police. The BLM protestors mostly belonged to Enough Is Enough, a Fort Worth grassroots organization, and have partly transitioned from marches to community service and engagement programs, like clothing drives. Enough Is Enough’s goal is to create a more equitable and politically engaged society. 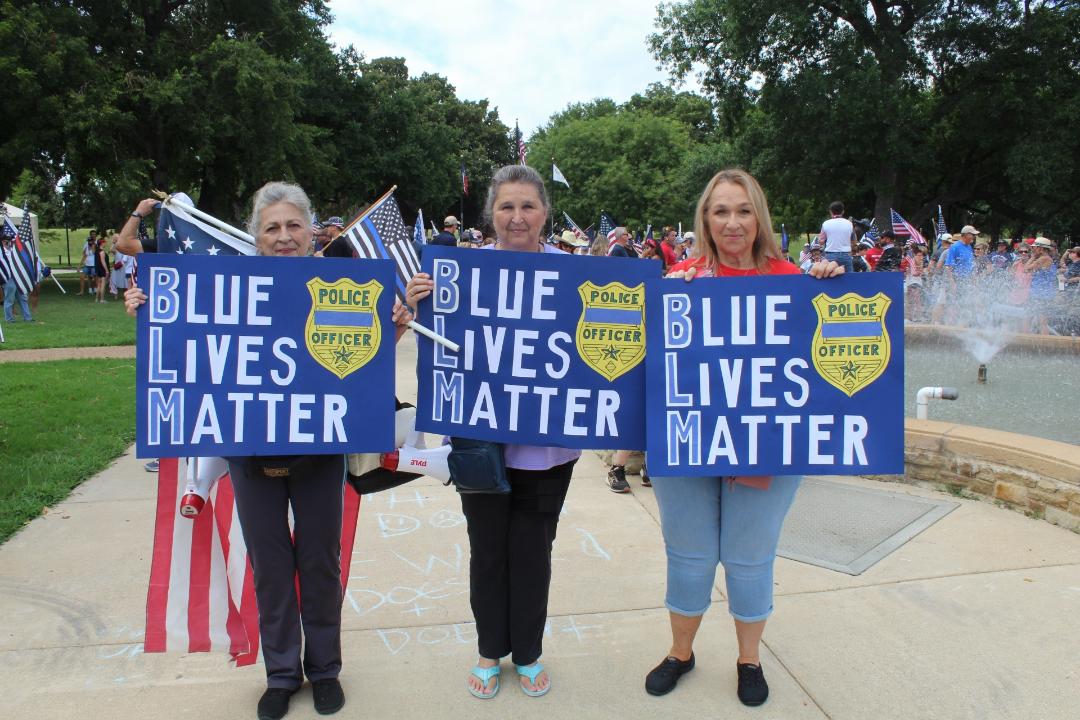 Following the event, Turcios said he plans to organize future rallies around the same causes. He advised likeminded supporters to follow the Frederick Douglass Republicans of Tarrant County on Facebook for updates on upcoming rallies and events.