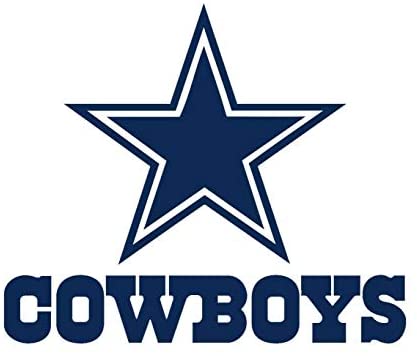 As has been the case with everything else in the world in this unrealistic, shark-jumping season of Life that is 2020, the football offseason was, well, different. Not only were the Dallas Cowboys christening a brand-new era with a brand-new head coach in Mike McCarthy, due to COVID-19, everything else Footballville was to be different, too. With a strict blockade limiting the normal number assigned to the beat, the annual sports media hyper-focus on training camp that we unapologetic pigskin addicts typically immerse ourselves in was majorly thinned. Add to this the complete lack of preseason games, and the Cowboys faithful have been basically held completely in the dark with respect to what to expect when the team finally took the field for the 2020 season.

By kickoff, I was more excited for a Cowboy game than I had been since 2008, when the ’Boys and then head coach Wade Phillips’ cheery bumpkin charm were featured on HBO’s Hard Knocks. On top of more than a decade of predicable copy/paste rinse/repeat mediocrity, there were whispers of standout rookie camp performances and of novel, previously unseen wrinkles being added into the offensive scheme rumored to have plenty of that sexy, coveted, “The New NFL”-style pre-snap motion designed to disguise intentions and confuse opposing defenses. All this without mentioning our own bloodthirsty, beastly defensive line ready to weaken the knees of opponents’ QBs throughout the league.

Sadly, after such a prolonged and teasing buildup, the game was the equivalent of rolling out a Stryker M1134 Anti-Tank Guided Missile Vehicle and then having an impotent little flag that says “BANG!” spring out of the end upon firing. The McCarthy-architectured offensive juggernaut that was promised managed just 17 points against a Rams team that was held to just 20, beginning the season with a big fat L in the most frustrating manner.

Sure, there was a questionable failed call to go for it on 4th and 3 from the Rams’ 11 instead of kicking a game-tying field goal late in the game — unlike many, I didn’t have a problem with it. And, yes, the Cowboys were probably robbed of a stunning come-from-behind victory by a ticky-tacky offensive pass interference call earned more by Rams cornerback Jalen Ramsey’s Daniel Day Lewis-level acting skills in his flop than by any real push-off from WR Michael Gallup. While both added to the sting, neither was what was so frustrating. Hearts get broken in a game’s final plays all the time.

If I was told beforehand that Dallas would definitely drop their first game against the Rams in their fresh-off-the-line $5B (yes, that stands for “billion”) futuristic pasta strainer-looking stadium, I wouldn’t have been surprised. What was surprising, however, was how little I was also surprised by anything the team did on offense. You could label tape of this game as “Week 12, 2017,” and with the exception of the slightly different blues and yellows of the Chargers’ unis from three years ago compared to the Rams’ new beer-league indoor soccer-style jerseys they trotted out on Sunday, I honestly would not be able to distinguish the two based on how the Cowboys played while in possession of the ball.

Contrary to any preconceived notions of fantastical “Team 40 Burger,” with undefendable, creative pre-snap motion, space-creating waggles and bootlegs, and gutsy down-the-field play calls, Sunday’s Kellen Moore-coordinated offense resurrected the same conservative, run-heavy, dink-and-dunk, ineffective trash we’ve seen for the last four years. Dak Prescott attempted only three passes out of 39 of over 20 yards the whole game. The play calls featured motion just 19% of the time. Add to this four counted drops by receivers, and it’s a familiar recipe for the same underachieving results that we’ve become so painfully accustomed to over the years. Have we forgotten that Moore, the lunch lady-looking former backup QB, is a product of the same tired Scott Lenihan/Jason Garrett we’ve so come to despise?

I’m not ready to call “B.S.” on the McCarthy/Moore era yet, of course, no matter how badly my knee-jerk Cowboys fan DNA may have me want to. Plenty of other things contributed to the offense’s impotence: a lack of a preseason to hone such complex timing-based maneuvers, perhaps, or the fact they were forced to start an undrafted rookie at right tackle, for instance, or maybe having the best football player on the planet in Aaron Donald on the other side, and then losing recent Jason Witten shadow escapee and potential break-out candidate Blake Jarwin to a torn ACL early in the game, just to name a few.

We have waited so long to see something, anything, different. The Week 1 loss was made all the more disappointing because, so far, we haven’t. Back in Green Bay in 2016, after briefly relinquishing play-calling to then Packer’s OC Tom Clements, McCarthy swore he would never give the duty up again. Surprisingly, upon arriving in Dallas, he agreed to allow Kellen Moore — a supposed up-and-coming offensive wunderkind akin to Sean McVay or Cliff Kingsbury, according to many — to continue to call the offense as he did last year. Many more games like Sunday’s, and you can expect the offensive boy wonder to go back to holding a clipboard on the sideline while Big Mike calls the shots the rest of the way. It’s early, but at this point, I already wouldn’t be opposed to it.