The one on Foch Street hosts a retrospective of works by Benito Huerta. The prolific artist whose varied media output touches on themes ranging from political satire to social issues and economics has exhibited extensively across the Americas and overseas during his 50-year career. In many of his pieces, he blends Mexican iconography with pop-culture references in unique and often irreverent ways.

More or Less: Una Retrospectiva is the first of a two-part series. The second exhibition, Más O Menos: A Retrospective, opens in January at the Latino Cultural Center in Dallas.

The show, based on Huerta’s artist’s statement, is a “visual gumbo” that he hopes will intrigue, if not provoke, the viewer’s senses and lure them in for a closer look at the work.

Running concurrently at William Campbell’s original space in Arlington Heights is Placemarks, featuring works by Billy Hassell. The artist known locally and regionally for his bright still-life paintings of birds and nature said he chose the title because the exhibit is about “places or details of places that have personal significance to me.”

Each work began as a sketch or watercolor made on-site. Hassell’s intention, based on his artist’s statement, was to capture the experience of being in nature. The show touches on themes of travel and bearing witness to the beauty of natural areas and state parks. Hassell, an ardent environmentalist, has partnered in the past with conservation-related organizations, including the Texas Nature Conservancy, Texas Parks and Wildlife, Friends of Fort Worth Nature Center, and the Big Bend Conservancy. — Edward Brown 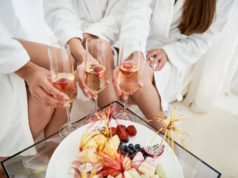