une 12 marks the 108th anniversary of the Philippines being ceded by Spain to U.S. control and is a national holiday in that country. This weekend, there will be an early Philippine Independence Day Celebration in Euless. To mark the occasion, Night & Day presents some fun facts about the islands: 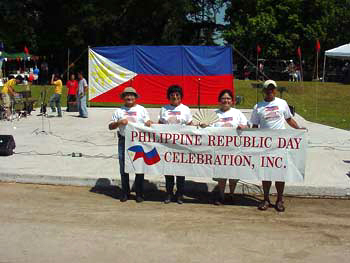 1) The country currently has a dormant claim to Malaysia’s Sabah Islands as a result of a deal struck in 1703 with the Sultan of Sulu. The sultan must have lived long and prospered; his family still receives rent for the islands from the Malay government. 2) Corazon C. Aquino deposed the dictator Ferdinand Marcos in 1986, but her term as president was riddled with coup attempts. Her detractors would criticize her in Spanish by pointing to their hearts and heads respectively while saying, “¿Corazón? ¡Sí! ¿Aquí? ¡No!” 3) Until his death last year, one of the country’s most visible political and religious leaders was the long-serving archbishop of Manila, the wonderfully named Cardinal Sin. 4) The country’s most popular sport is basketball, so talking about the Mavericks figures to be a conversational ice-breaker. 5) No lawyer jokes here. In the traditional Santacruzan religious parade, among the venerated icons in the procession is the Reina Abogada (“Lawyer Queen”), the defender of the poor and oppressed. 6) The country’s unique mixture of Chinese and Mexican influences are most evident in its food. You can have egg rolls or paksiw na pata (pork cooked with banana blossoms) chased down with flan. Sounds good to us.