Home Music Listen Up Sunny Sweeney
SHARE
Facebook
Twitter
It was last fall when Sunny Sweeney’s self-produced debut c.d. first arrived in the mail. Not that it was particularly momentous. 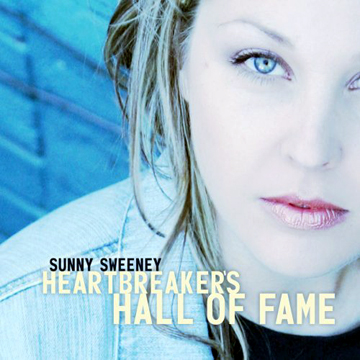 She hails from East Texas, and her voice is so cornpone twangy that it reminded me of Reba McEntire, the most annoying singer in country music. After a short listen, Heartbreaker’s Hall of Fame got inducted into my trash bin. Then, in January, I’m bopping around the Stockyards and see her poster hanging outside White Elephant Saloon. Later, I hear that Nashville’s Big Machine label has signed her and she is “re-releasing” Heartbreaker’s. Then, I’m listening to XM radio the other day and hear a “16th Avenue” remake. Wondering who was singing the old Lacy J. Dalton song, I push “Info” on my remote and discover it’s Sweeney. And her version is actually better than Dalton’s. I began to second-guess my decision to chuck her album back in October.

Not to worry, Sweeney’s label affiliation and “re-release” means another copy arrives in the mail, along with biographical material and page after page of sparkling reviews. She’s a critic’s darling now. Beaten down, I listen to the album all the way through. And, again, the twang factor is oppressive during the first few songs. Then, the fourth song offers redemption — a duet with Jim Lauderdale on “Lavender Blue” by veteran songwriter Keith Sykes. Next, Sweeney’s self-penned “Ten Years Pass” describes a small-town Texas class reunion to nice effect. The twang is turned down a notch (or am I just getting used to it?), and her personality is dancing through the speakers.

By now I’m noticing that the hardcore honky-tonk musicianship is steely tight. Next she sings Iris DeMent’s “Mama’s Opry” and Tim Carroll’s “If I Could,” and she’s beginning to win me over. Almost. Her self-penned “Slow Swinging Western Tunes” is fetching, and “16th Avenue” closes the album in poignant style. Not bad, not bad at all, although I’m not really prompted to jump on her bandwagon. Heartbreaker’s is a respectable collection of tunes showing promise from an artist who clearly has ambition and drive. Whether she has the goods to capture a big audience and support a singing career is, well, up to you. Check her out this weekend and decide for yourself.