Home Arts Stage Death Becomes Them
SHARE
Facebook
Twitter
In his six years with Texas Ballet Theater, artistic director Ben Stevenson has led the company back from the abyss. 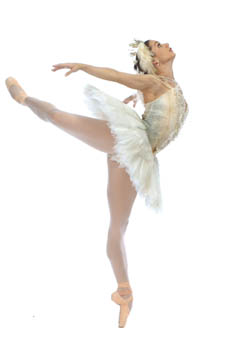 Before he arrived, TBT was broke, leaderless, and with dwindling audiences. But he quickly rallied regional support and played his trump cards gathered over 25 years, several glittering productions that he created for the Houston Ballet while artistic director there. In addition to the classics, such as Swan Lake, Sleeping Beauty, and The Nutcracker, Stevenson also put on his versions of Peer Gynt, Cleopatra, and Dracula, simultaneously revitalizing TBT’s repertory and drawing new fans. His ace of trumps was a corps of bright young dancers from Houston’s Ben Stevenson Academy, who followed him here and joined the company. They brought new life and panache to performances and a unified look to productions.

To celebrate these dancers, Stevenson put together an unusual program in Dallas last weekend that segregated the sexes and allowed them to shine separately. The opening section offered the second act of Swan Lake, essentially an all-female scene, followed by the Flower Festival pas de deux by Danish choreographer August Bournonville. After intermission came the world premiere of Stevenson’s extraordinary setting of the Mozart Requiem, for an all-male corps. On hearing the word “requiem,” some people might think solemn, heavy, and mournful, a bummer. But the Mozart music is alive. Grieving moments give way to joy, affirmation, majesty, even frenzy, especially in the headlong flight of the Dies Irae, “Day of Judgment, Day of Wrath.” Stevenson captured the moods of the 14 sections in unexpected dance combinations, ignoring the text for the most part and just exploring the music.

The piece opened on a bare stage; the peeling wall of the Majestic Theater the only backdrop. Ten men dressed in close-fitting trousers, crewneck t-shirts, and dangling dog tags were clustered in the center, each with an arm raised, facing one another and staring up into a brilliant light. Slowly they dispersed to face the audience. The first soulful notes of the mass began, and the dancers lifted their arms. There’s a strong military flavor to the ballet — a tribute to our war dead? No program notes explained. One would have expected the full corps to continue into the Kyrie, the glorious fugue that follows, but Lucas Priolo and Justin Urso danced alone. When the same music returned at the end of the requiem, the full complement did participate in a rousing finale. Again, the Dies Irae, which follows the Kyrie, cries out for a stage full of dancers, but Stevenson used only one, Peter Zwiefel, with great effect.

In classical ballet, men support the ballerinas and stand out mostly in brief bravura solos. Their lyric, expressive potential is rarely on view. Stevenson made use of these possibilities with a combination of modern and classical movements that gave us muscle and grace. Dancers slid across the stage on their stomachs, spun on their backsides, fell on their faces, as well as jumping and turning in traditional style. Andre Silva, known for his technical strength, danced the gentle Benedictus eloquently and introspectively, showing a new side to his talent. The aristocratic Priolo performed the sorrowful Lacrymosa with tearful anguish, and the husky Michael Clark took on the militant, march-like Rex Tremendae.

In one of the ballet’s magical moments, Alexander Kotelenets bounded on stage and into an ecstatic leap, arms stretched to the heavens, as the chorus and orchestra boomed out the opening Sanctus. Many such insights illuminate the 50-minute ballet, which closed, as it began, with the dancers gathering center stage, arms raised and looking up into a dazzling light as the curtain slowly descended. What might have turned into a novelty piece for a bunch of guys is a memorable addition to the repertory. When can we see it in Fort Worth? Even with taped musical accompaniment, Stevenson’s Requiem is a powerful statement that deserves additional performances. The second act of Stevenson’s Swan Lake lends itself to the limitations of the Majestic Theater, and his corps of 16 ballerinas looked good. The opening night Swan Queen was Carolyn Judson, who appeared in the role in previous productions and has worked on improving the languid quality of her arms and her overall musical line. She still needs help softening her toe shoes — they’re too noisy.

Enrica Guana Tseng, one of only two leading ballerinas in the company who predate Stevenson’s tenure, was the Queen in the remaining performances. She, too, has appeared in the role before, with a style and musicality superior to most of the other dancers. Both ballerinas took the love duet at a crawl, which made some of the movements more difficult, but they made it work. The thankless supporting role of the prince was shared by Priolo and Clark. Sandwiched between the program’s two larger works, the Flower Festival gave the floor to the company’s new soloist, 16-year-old Lonnie Weeks, who proved to be an amazing talent, lanky and long-legged, with remarkable extension, and perfectly at home in the effortless-looking but technically demanding Bournonville style. An audible gasp came from the audience at the height and speed of his aerial splits. Besides technique, Weeks has a winning personality that commands the stage. Jayme Autrey Griffith, his partner and one of the company’s bright, young ballerinas, seemed earthbound on opening night and didn’t really sparkle until the second performance.

Both the Bournonville excerpt and the new Requiem should be scheduled again soon. Hopefully, in Fort Worth.