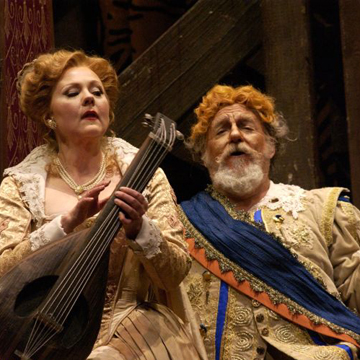 Of chief interest is the new piece, Frau Margot, by American composer Thomas Pasatieri, which had its world premiere here last week and will be repeated Friday and Sunday. The work traces the fate of an unfinished music score left to a famous composer’s widow. The libretto is by veteran writer Frank Cosaro, who also directs the production, and features soprano Lauren Flanigan in the title role. Puccini’s ever-popular Madame Butterfly will be Thursday, with Angela Maria Blasi singing the title role, and her companion, Suzuki, played by Robynne Redmon. The ultimate ensemble opera, Verdi’s Falstaff, based on the Shakespeare character, will be performed Saturday. This is the FWO’s first take on the composer’s last and possibly most ingratiating opera. The Fort Worth Symphony will accompany the performances. Thu-Sun at 555 Commerce St, FW. Tickets are $15-142. Call 817-731-0726.-Leonard Eureka