In a season-opening double-header, Metropolitan Classical Ballet has booked appearances in both Houston and Fort Worth this week. 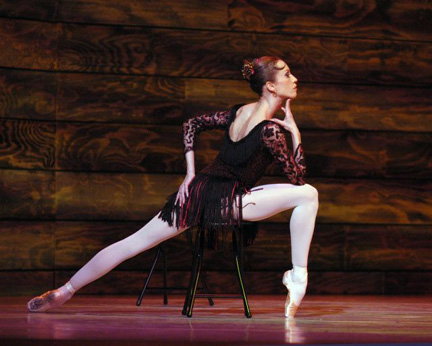 Showcasing the company’s strong Russian contingent at the Wortham Center in Houston Friday, MCB’s three-part program will be staged by co-director Alexander Vetrov. The evening is part of the local Russian consulate’s celebration of 200 years of Russo-American diplomatic relations. Pas de Quatre, Bonjour Brel, and Carmen Suite will be performed. Bolshoi ballerina Marianna Ryzhkina, a frequent guest with MCB, will dance the title role of Carmen Suite, joining company regulars Andrey Prikhodko as Don José and Yevgeni Anfinogenov as the bullfighter Escamillo. Carmen Suite is scheduled for a repeat performance at Bass Performance Hall Monday with the same cast. The Fort Worth program also features revivals of co-director Paul Mejia’s ballets Album for the Young and Scriabin Sonata in lieu of the other Houston selections. Young Russian pianist Gleb Ivanov will accompany both of the latter works. — Leonard Eureka

Crawfish for a Cause