Home Calendar Big Ticket The Joint Is Jumpin’
SHARE
Facebook
Twitter
Spike Lee once behaved like a jackass to one of this paper’s interns, but that doesn’t diminish the artistry of the films made by this unruly, bristling, angry, risk-loving giant of American cinema. 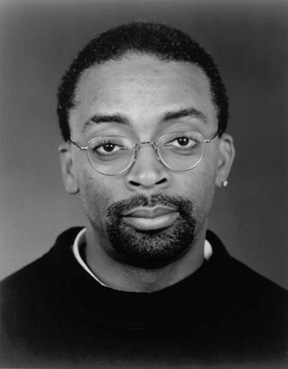 This weekend, the director visits UTA for a festival of his “joints,” called Reel to Real. (Note to UTA: Come up with a more original title for your film festivals.)
Four of Lee’s movies will be shown – his early works Do the Right Thing and Malcolm X, his 1996 documentary 4 Little Girls, and his 2006 thriller Inside Man, the box-office hit that got him back in Hollywood’s good graces. We’d make the case for Clockers, He Got Game, and 25th Hour as underappreciated films of his, but those four are worthy representatives of his work.

Additionally, all four installments of Lee’s Hurricane Katrina documentary, When the Levees Broke, will be shown as part of a film class that will be open to the public. Adonis Rose (a New Orleans native displaced to Fort Worth by Katrina) will lead the UTA Jazz Band in a concert of music from Lee’s films, much of it skillful stuff by Terence Blanchard. The festival will be capped off on Saturday night by the director himself, who will discuss his career and life. We hope there’ll be more great Spike Lee joints forthcoming for future festivals. Being nicer to interns would be a plus, too.

Reel to Real runs Fri-Sat at UTA. The films, concerts, and lecture will take place at different locations, so check our Calendar section. The lecture is $5-50; all other events are free. Call 817-272-2963.