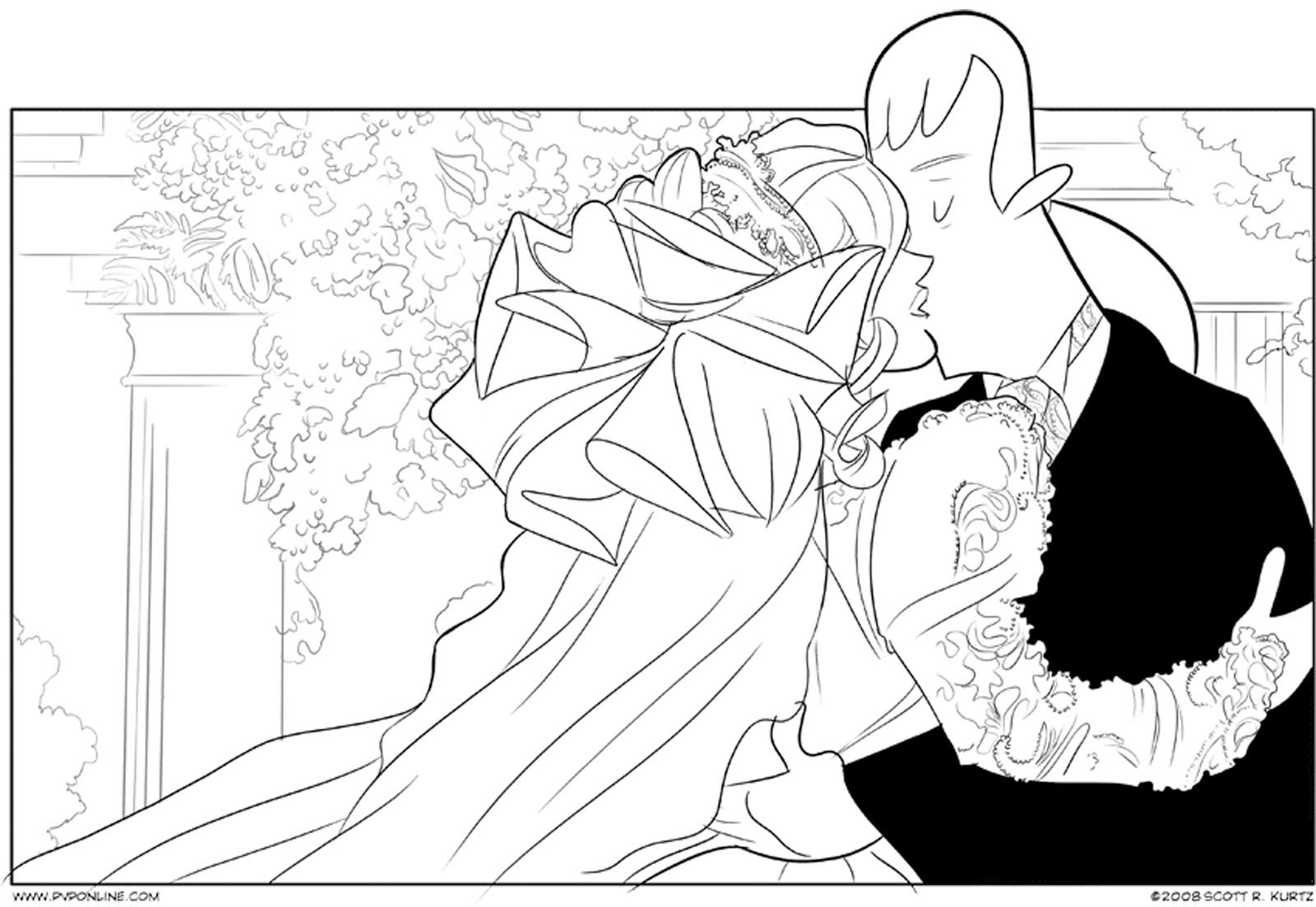 But of the small number of successful webcomic artist-writers, one is here in the 817 – and celebrating 10 years in the biz, a startling achievement in what is still a fledgling medium. PvP (or, in gamerspeak, “Player Versus Player”) is a four- to five-panel black-and-white strip about the goings-on at a video-game magazine of the same abbreviated name, with characters that include the cynical, Apple-product-worshipping, always sunglassed Brent Sienna, the proud female gamer Jade Fontaine, and the mag’s mascot, the big, blue, friendly, and startlingly naïve Skull the Troll. Though primarily a character-driven comedy, PvP also touches on gamer trends and problems, like having to answer nature’s call while playing World of Warcraft, and also, often controversially, current events. In one strip, for example, Jesus says he’s cool with people being gay.

Kurtz posts a new strip every Monday through Friday on his site, www.pvponline.com, where visitors also can trawl for PvP merchandise, read archives dating all the way back to his first posted strip, and take a look at an animated series of PvP shorts. Kurtz gets about 200,000 unique visits per day and around 12 million a month, and he makes his living purely by selling PvP stuff and advertising space on his site (mainly for video games). Not bad, considering that not so long ago, the 37-year-old Arlingtonian was working full-time as a webmaster for a local radio station and had to find time to squeeze in his passion.

“It’s cool to know that something I started 10 years ago is still here but has evolved into something bigger than I imagined,” he said. “I want to do right by it, not take it for granted.” Kurtz started PvP in 1998 right before the dot-com bust of the late 1990s, when there were only a couple of regularly updated comics online and when most of the art on the web was just part of artists’ portfolios rather than true narratives. He got his foot in the door via MPOG, a now-defunct game info site that wrote about early multiplayer games. MPOG hired Kurtz to create a strip about video games. Instead of cracking jokes about products, though, Kurtz created a strip about the gamers themselves. MPOG liked the strip, gave him the rights to it, and paid him a few hundred dollars a month to continue producing it.

Back then, Kurtz had only one webcomic under his belt, Samwise, which dealt with and was set in a fantasy-style multiplayer game modeled after Ultima Online or Everquest. To get going, Kurtz took some characters from another comic he was developing – It’s Elementary, about elementary school teachers and their students – and put them in the PvP offices, along with Skull the Troll, whom he plucked from Samwise. With its eclectic cast, funny look at gamers and geek culture, and the occasional breaking of the fourth wall, PvP began building a regular reader base. After MPOG went under, Kurtz found advertisers, allowing him to take PvP independent.

The comic took off immediately, but keeping momentum up hasn’t been easy. Early on, Kurtz dealt with a big problem that most indie artists face: meeting self-imposed deadlines. At one point, after realizing he was losing readership because of his inability to keep providing fresh material, he took a week off from his day gig to redesign some of the PvP characters and build up a cache of completed strips, allowing him to re-launch the webcomic soon afterward and keep hungry readers satisfied. He worked one eight-hour-a-day job, then went home and started work on another, no less time-consuming one, banking everything on being able to keep the comic going. His wife of 12 years, Angela, also has made sacrifices, spending all of her vacation time with Kurtz at conventions, helping to drum up publicity for her husband’s product. But, as the cliché goes, the hard work has paid off.

Kurtz’ main challenge now is happily content-related: trying to keep everything fresh. Fortunately, he said, his friends provide him with a nearly endless source of material. “If I’m interested in what we talk about, it bleeds into what I write. Then the characters just write themselves,” he said. He also tries to tweak things every so often, to challenge himself as a writer and artist and prevent stagnation. One of his perpetual technical objectives is to make his cartoony-style characters more than just talking heads, making the art more dynamic and the characters unpredictable yet reliably themselves. “You kind of have to sneak the change in so you don’t upset your readers,” he said. The jury’s still out on some of his recent tweakings: Brent and Jade getting married, causing Skull to leave, and two teenage characters – after losing their virginities – aging from 16 years old to 19 instantly.

Kurtz, oddly enough, is neither a huge gamer nor an avid reader of webcomics. He basically doesn’t have any time to game regularly, and as for other webcomics, “It’s kind of hard to enjoy them when you make them because you’re always looking at it from perspective of ‘What’s this guy doing?’ and, ‘How is he addressing these creative challenges?’ and you think, ‘Oh, that’s a great idea. I wish I’d done that.’ You’re always kind of dissecting it.”

Side projects are always popping up, like his Greatest American Hero-esque comic Truth, Justin and the American Way. He also hopes to share ideas with some of his big-time industry friends such as Robert Kirkman (The Walking Dead) and Frank Cho (Mighty Avengers). For now, though, Kurtz’ focus is on his breadwinner.