Fort Worth’s historic Como neighborhood has been a source of great stories for decades, and now it’s the subject of a short independent documentary by the local husband-and-wife team of Carl and Betsy Crum. 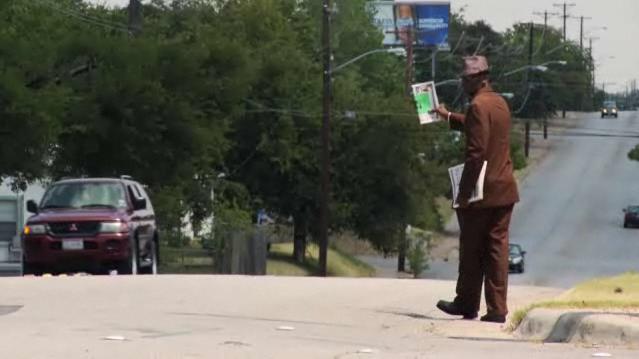 1 Square Mile is a collection of interviews with longtime Como residents, along with moving and static shots of the little neighborhood. Squeezed in among tonier, mostly white neighborhoods, Como is anchored by Lake Como, a popular tourist destination around the turn of the 20th century. The film will make its world premiere on Dec. 3 at Rose Marine Theater. The screening is free.

The Crums hope that their 39-minute look at Como will be the first in a series of short documentaries focused on small neighborhoods throughout the country. The couple is currently shooting in Smith Center, Kan., with nearby Manhattan to follow. “We hope that each square mile is a microcosm of a national issue,” Carl said.

For the Crums, Como was an obvious choice — and not only because shooting there involved no travel expenses. “The neighborhood was born out of segregation [and] must now overcome modern challenges in order to survive,” according to the film’s publicity material. In Como’s case, the neighborhood is a microcosm of “what it’s like to live in a black community in America,” Carl said, “one that’s depressed economically and surrounded by white people.”

The couple hopes to sell its series to a major broadcast outlet — PBS would be ideal, in their opinion.

The Crums met while studying film at Stephen F. Austin University in Nacogdoches in the late 1990s. The couple moved to Fort Worth in 2000. Fort Worth was a natural relocation spot, considering that Carl, who grew up in Granbury and Austin, has family here.

On arriving in Fort Worth, the Crums started a company, Brazos Film & Video. They’re the only employees. (They outsource additional technical heavy lifting.) Most of their work is for corporations, national parks, and museums.

The couple is financing the small-budget series themselves. They began shooting in Como about a year ago. Reaction from Como residents after several test screenings was positive, Carl said.

To view the trailer for the Como episode of 1 Square Mile, visit www.brazosfilms.com.

Opening-night selection for the Lone Star International Film Festival (Wed., Nov. 11 through Sun., Nov. 15) will be Keller filmmaker/producer/actor Kevin M. Brennan’s feature The Scenesters, “a genuinely suspenseful whodunit about a team of wannabe filmmakers exploiting a rash of L.A. murders targeting hipsters,” according to The Onion‘s A.V. Club. The movie, written and directed by Austinite Todd Berger, “is definitely, if dryly, funny in its satirical take on fame-seeking indie-rock types, boosted by a literally killer soundtrack … told through a clever blend of tense, documentary-style video, and noirish black-and-white film-within-a-film.”

The film, which has been making the festival-circuit rounds, had its world premiere last month at the Austin Film Festival. The Scenesters has won a couple of festival awards, including Best Comedy Feature Film (Hollywood Film Festival) and Best Director (Edmonton International Film Festival). The film also is an official selection of the NewFilmmakers festival in Los Angeles, Brennan’s current city of residence, and the New Orleans Film Festival. Brennan and The Scenesters‘ director of photography, Helena Wei (a Los Angeleno-via-Grand Prairie), will be in town for the movie’s LSIFF screening at AMC Palace 9 in downtown Fort Worth. Visit www.thescenestersmovie.com. — A.M.