As the new millennium approaches the end of its first decade and folks who habitually worry about such things ponder the death of jazz yet again, young alto saxophonist Jon Irabagon’s latest, The Observer, arrives like a candygram from the gods. It’s a mainstream jazz album that teams a youthful player, who’s toured with indie-rock darling Bright Eyes (a.k.a. Conor Oberst), with respected elders sans “young lion” hype. 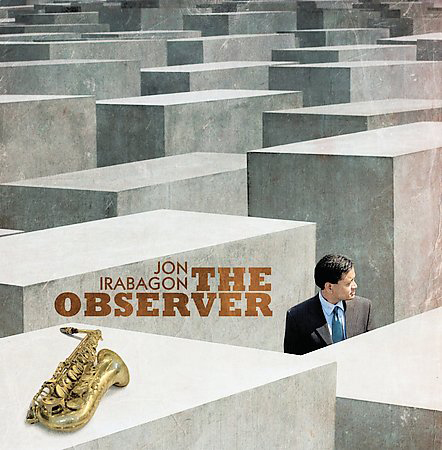 The liner note shout-out to Oberst notwithstanding, the association of importance here is Irabagon’s longtime membership in the post-bop/freeblow quartet Mostly Other People Do the Killing, an ensemble that tempers its members’ conservatory backgrounds with refreshing levity. Irabagon is a smooth (but not smoove) player with a fecund flow of ideas. The 2008 winner of the Thelonious Monk International Jazz Competition, he’s also an able and interesting composer.

Here his band includes pianist Kenny Barron, bassist Rufus Reid, and drummer Victor Lewis, all seasoned veterans who’ve also worked in academia. Trumpeter Nicholas Payton is on board for the Wayne Shorter-esque “Joy’s Secret” and the hard-bop homage “Big Jim’s Twins.” From the opening “January Dream,” which has some of the same vibe as Shorter’s classic “Nefertiti,” to the set’s wrap-up, “Closing Arguments,” the music glides along with a relentless forward motion.

While not exactly poised to set the world on fire, Irabagon is a player of imagination and vitality whose work on The Observer deftly demonstrates that there’s still life left in the jazz mainstream.