A controversial program that forced more than 60 public works inspectors in the city’s engineering department to add almost a full load of college courses to their working schedule for more than two years has been scrapped without a single inspector having earned the promised certification – after costing the city nearly $2 million.


Started in 2006, the Construction Inspector Certification Program was designed by Douglas Rademaker, then director of the engineering department, and his assistant Doris Micheaux, in coordination with Tarrant County College. At the time, Rademaker praised the program as “a good news story for Fort Worth.” In an-email to Fort Worth Weekly, he said the program was “the first in the nation and will serve as a model for other municipalities … which will result in setting the national standard for municipal construction inspection.” 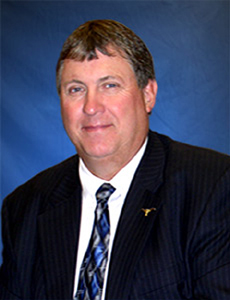 Most of the inspectors, whose job is to check out roads, bridges, and other public works projects, didn’t find the news to be so good: They had to participate in the program, without exception, or face being fired. The program required 69 credit hours – more than four semesters’ worth of education, including classes in public speaking and English composition. The city paid tuition and fees, allowed workers to drive their city vehicles to and from TCC’s Southeast campus, and also paid overtime for class time, a provision that would prove extremely expensive.

Several veteran inspectors complained that there was no point in beginning intensive course work that they could not finish prior to their retirement. Some complained that the class time and homework cut too deeply into their home lives and left them too exhausted to do their jobs properly. Others questioned the value of many of the courses. Still others, like Randy Danford, who had 12 years on the job when the program started, tried to opt out because he needed to be home to take care of his ailing wife, who suffers from diabetes and lupus.

Danford was fired for insubordination when he refused to attend the classes. Several others retired within weeks of the start of the program; others simply quit. In all, more than two dozen of the 63 inspectors on the city’s payroll at the time left the department because of the difficulty of taking nearly a full college course load while continuing to work full time.

The decision, in spring 2008, to merge the engineering department with the Department of Transportation and Public Works proved to be the certification program’s death knell, although at that time the inspectors who remained were still required to continue the classes.

City Manager Dale Fisseler announced the dissolution of the program in a blistering Oct. 20, 2009, letter to the mayor and city council. He noted that none of the program’s goals had been achieved. While the aim of “broad-based inspector training [is] sound,” he wrote, the goal of having inspectors achieve certification in two and a half years was unachievable – such an effort would actually take about seven and a half years. He also noted that some classes were being held during the inspectors’ work day, which saved on the city’s overtime bill but cut substantially into the time the inspectors had to get their city work done. He was also unhappy that, after three years, no other city had decided to copy the program. “It was … expected that within two years of the program being initiated, it would become somewhat institutionalized and utilized by other departments with construction inspectors,” he wrote. “There is no evidence that has happened.

“Finally, the program remains a negative impact on morale for many inspectors,” he wrote.

Fisseler was not available for comment for this story, but city spokesman Jason Lamers told the Weekly that when the two departments were merged, the new department head, Bill Verkest, saw that the “the program’s expectations were simply not being met. Verkest thought while it wasn’t bad to educate people, he wondered why they were taking courses in public speaking and algebra rather than being better trained at things that were directly reflected in the work they needed to do.”

News of Fisseler’s decision pleased a lot of inspectors and former inspectors. “I got a lot of phone calls from my old pals, and the inspectors were elated,” said Danford, who now works as an inspector for Southlake. “It was such a weight off their shoulders. They were ecstatic.”

Mike Cardwell, an inspector who started the program but then retired because of its demands, agreed. “I must have had half a dozen calls from the guys still in the program the day they shut it down,” he said. “They were shouting for joy.”

Danford said he knew the program “was doomed to fail. You can’t just take people who’ve been on the job for 10, 20, 30 years and order them to give up their home life and head back to college full time without something suffering. For the guys with kids, for single parents, for people like me with a wife who needs attention because she’s ill, how can you tell us to go to school full time, do homework, and keep on doing our regular work or else we’re fired? And shutting it down proves I was right, that this wasn’t a good program.”

None of which makes having been fired any easier. “My feeling is that I lost 12 years of my pension by being fired,” said Danford, “and that’s going to hurt me a great deal when I retire.” He had to cash out his city pension to live on while he looked for another job.

Cardwell, who now works for a private contractor, agreed. “I had 23 years in as an inspector with the city when I left. To walk away with that many years was hard. My pension would have been a whole lot higher if I could have stayed for the 30. But I couldn’t. I’m a dad, and it just took too much time from my family. Now I’m home in time to help with my kids’ homework instead of getting home from college after everybody’s asleep.”

Neither Lamers nor Fisseler responded to questions about whether the city had reaped any benefits from the program. But Cardwell didn’t think there were any. “Most of the courses didn’t relate to our work, and those that did could have been done as two-day classes, not 16-week college courses. And having that much more work put on you brings morale down. Plus we were all tired all the time. We were doing more homework than inspections. And then on top of it all, to lose something like 26 experienced people because of that program – there was no way you could replace that kind of workforce with new people.”

Rademaker, who was demoted to the position of project manager when the departments were merged, did not respond to inquiries.

“I don’t mean to be mean,” said Danford of Rademaker’s job change, “but I’m glad he got his comeuppance. He cost me and a lot of good people a whole lot of years toward our pensions. And for what? An utterly failed program that he hoped would become a national program and a feather in his cap. And he cost the taxpayers a whole lot as well.”

“Now that the program’s gone,” said Cardwell, “I think the city ought to offer us our jobs back because we left under extreme duress. I don’t know that that’s ever going to happen, but it should.”

Several former inspectors, who spoke on condition they not be named, said they are considering legal action because of that duress.