The line at Lola’s Saloon-Sixth was about 30 people deep and moving slowly when my friend turned to me and said, “You were watching what?”


“Wrestling,” I said. “At the Ridglea Theater.”

The line moved up a couple people, and I explained that at around 7:30 p.m., when I was looking for a five-spot that had disappeared from my kitchen counter, I happened upon a flier, bent in half from being stuffed in a back pocket. It advertised a night of Victory Crown Championship Wrestling, live at the Ridglea, with appearances by the Dallas Derby Devils roller-derby team and some band called Garbage Truck. More importantly, there were also $2 PBRs. The opening bell was at 8:30, so I put on pants. 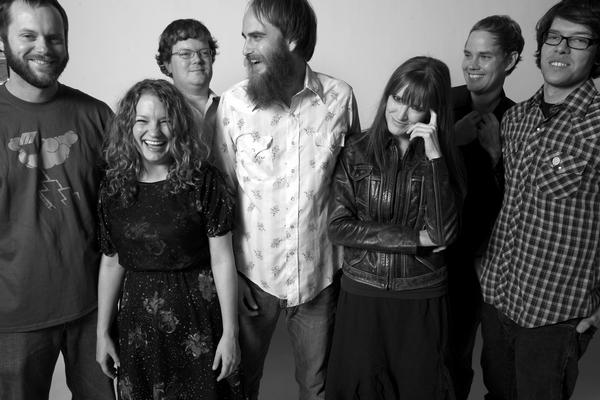 Now my main event that night was the Telegraph Canyon/Chatterton show at Lola’s. Chatterton was going on at 11-ish, and I didn’t want to miss them, but also I’d never seen wrestling. I resolved to watch the goons for 45 minutes, drink some quick ones, and shove off.

I didn’t, however, count on enjoying wrestling. Of course, I got to the Ridglea late, and when I arrived, a match was already under way. It featured a guy dressed up as an evil genie or something and another in a lucha libre mask tag-teaming some hapless punching bag. The luchador got on the top-rope. I grabbed a couple of beers.

From what I gathered, the VCCW is some kind of minor-league circuit whose cast includes the aforementioned “heels” (wrestling-speak for “villains”), a caveman, a frat guy with a conniving girlfriend, and what I assumed was supposed to be a youth pastor (“The Winnipeg Warrior” Robert Evans). This last guy gave three of the Derby Devils guff for having tattoos, and then “Underground Icon” Scott Summers came to the ladies’ rescue, yanking a rope into the youth pastor’s nuts. I guess that was a prelude to the main event, but I left before I got to see more punishment. I did like the caveman, though. He seemed like a genuinely nice guy.

Once I got to 6th Street, I was a little surprised to discover a parking spot — a rare bit of luck. And then there was the line. It snaked out the door the whole night, and by Chatterton’s fourth or fifth song, the crowd reached one-in-one-out capacity. It made me proud and overjoyed to see that many people showing up to see a couple of local bands.

What made me even more excited, however, were said local bands. Chatterton blasted into their set with the loudest Tom Petty cover ever, and frontman Kevin Aldridge rocked like he had nothing left to lose and didn’t give a shit about it. By the time Telegraph took the stage, the room was positively electric. I’ve never seen an audience so enthralled with a band, and I’ve never seen a band so enthralled with playing. At one point, Telegraph frontman Chris Johnson and violinist Tamara Cauble unplugged and stepped down into the middle of the crowd to play. The audience hushed. And when they took the stage again, the crowd remained silent, raptly basking in the warmth of every note. I’ve never seen a band lead a crowd like that, and it was amazing. I guess you had to be there. I’m really glad I was. — Steve Steward