So there’s this other weekly paper in town. It’s called DFW.com: Ink Edition, and it covers entertainment. If it strikes you as odd that an actual paper is a supplement to a web site — the stories that run in Ink also run online — welcome to 2010. Or probably more like 2008, but whatever. I still read it every week. Among other things, Ink looks at nightlife in the Metroplex and often gives me glimpses of places and people I’ve never seen and probably never will. If not for that paper, I’d also never know Yucatan Taco Stand was a club – after all this time, I thought people were just getting drunk before dinner there.

One feature of Ink that I always read with interest is the one in which an area bartender is interviewed. In addition to the who and the where — and it’s usually a hot chick who works at a downtown bar where you can practically see T-Pain yelling over the speakers — the anonymous interviewer always ask what the bartender’s primary pet peeve is. And almost without fail, it’s, “I hate it when customers reach over and grab fruit out of the tray.” 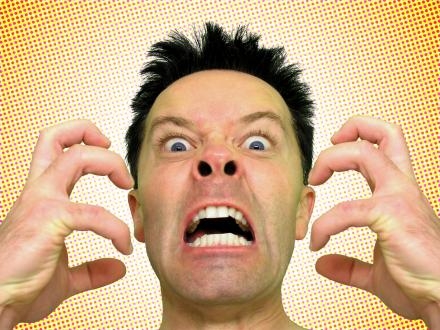 Every time I read that, I audibly call “bullshit.”

See, I’ve bartended off and on for the better part of eight years. (Jan. 2 was my anniversary. Thanks for all the gifts. Jerks.) In that time, I’ve never noticed the probing fingers of a citrus-hog worming about in my trays. But more than my relatively circumscribed experience, I find it hard to believe that people helping themselves to lemons is the most annoying transgression that these Ink-interviewed bartenders have to suffer.

Ink hasn’t interviewed any barkeeps in my TCU neighborhood, though in all fairness, Ink photog Velton Hayworth snapped a lot of shots of the Stella Rose show at The Moon on Saturday. So as a TCU-area bartender, let me tell you what irks me the most about my job. It’s not the occasional shithead who runs up a huge tab and leaves a zero percent tip. It’s not the dudebro amateur who asks what the special is, discovers it’s $2 wells, and then says, “I’ll have a wells and Coke, then.” And even when I get a little irritated when some girl needs 5,000 extra limes in her vodka soda (and it’s always a girl), I wouldn’t call it a pet peeve. But boy howdy, if there’s one thing that pisses me off, it’s bad manners.

If you’re reading this and you’re also a parent of someone who is old enough to be in a bar, I hope you’re blushing in concern, because there’s a good chance that your child (and that includes children who have been out of college for a really long time) doesn’t say please and thank you. This, friends and enemies, is my biggest pet peeve. How hard is it to utter a single single-syllable word at the beginning of a transaction and two single-syllable words at the end of it? Where are your fucking manners, people?! It’s a bare-minimum shred of courtesy that goes a long way with my fellow drink-slingers and me. There’s the old adage — and I think it’s posted on the wall of the University Pub — that if you act like an asshole, you’ll be treated like one. So say please and thank you because it means a lot to us. If you don’t, then don’t complain if it takes me 20 minutes to get around to serving you. — Steve Steward