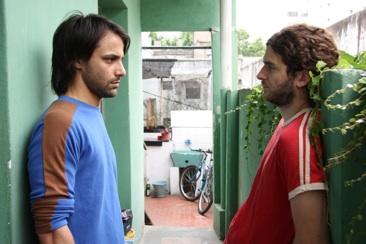 TCU’s theater department is putting on No Exit this week, which takes place in hell. UNT’s show Ghetto takes place in a more concrete underworld. The script is based on the true story of Jews in World War II who formed a theater troupe while imprisoned in a Nazi concentration camp in . The play runs Mar 25-Apr 1 at UNT University Theatre, Welch & Chestnut sts, . Tickets are $7.50-10. Call 940-565-2428.

Cedar Walton, a pianist and native who made it big in ’s jazz scene, returns to to headline the TCU Jazz Festival, going on all weekend. Also on the bill is saxophonist Mario Cruz Jr., who recently relocated to his hometown of . The festival runs Fri-Sun at Ed Landreth Auditorium and PepsiCo Recital Hall, , FW. Tickets are $10-20. Call 817-257-7602.

You’ve probably never seen the U.S. $100,000 bill, which features Woodrow Wilson’s portrait, because it’s only used when in dealings with foreign governments. However, a number of those bad boys will be on display at the National Money Show, a must for numismatists and those fascinated by currency. The show runs Fri-Sun at , , FW. Tickets are $6. Call 719-482-9857.

The bass trombone is not an instrument that’s usually featured in chamber music concerts, but it’ll be front and center at this evening’s Spectrum Chamber Music Series of Fort Worth concert. Patrick McCarty’s Sonata for Bass Trombone and String Quartet will be on the bill, with its unusual brass-backed-by-strings sonorities, along with music by Mozart and Beethoven. The concert is at 7:30pm at , , FW. Admission is free. Call 817-377-0668.

For every shade of every mood that you’ve ever had, it seems that Frédéric Chopin wrote a small character piece that perfectly captures it. The 200th anniversary year of the composer’s birth continues apace, so British pianist Ian Hobson will be at UTA to perform an all-Chopin recital. The performance takes place at 7:30pm at Irons Recital Hall, . Admission is free.