Until a few weeks ago, you could usually tell when Elvis was in the building by the number of brown-uniformed Department of Public Safety officers there. Elvis, of course, is Gov. Rick Perry. And the building is the Texas capitol.

Word is that when Perry’s predecessor George W. Bush was governor and running for president, he ramped up his DPS squad instead of using the Secret Service for protection. When the U.S. Supreme Court, despite some hanging chads in Florida, ruled that Bush had won the 2000 election, then-Lt. Gov. Perry moved into the governor’s office.

And, word is, Elvis kept the same size DPS contingent — even though he denies any desire to live in the White House. 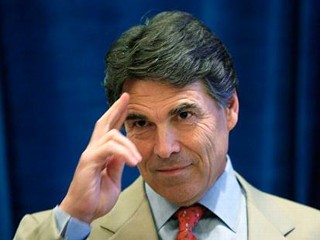 However, no longer can Elvis’ presence be presumed based on the number of folks wearing Stetsons and guns. These days there are usually enough of those around to invade a small country.

They are there to operate airport-style metal detectors, to keep others from copying the guy who several weeks ago visited a senator’s office in the capitol, exited the front door, and squeezed off a few rounds.

He was subdued by the smaller DPS contingent there at the time.

The State Preservation Board, responsible for all things Capitol, decided that the people in the building needed better protection from would-be gunslingers. (Actually, Elvis voted against the frisks, while Lt. Gov. David Dewhurst and House Speaker Joe Straus voted aye. Of course, Perry already has his army, so he’s not worried.)

Two groups of people can avoid going through the detectors. Well, three, if you count the DPS troopers.

One is state employees and legislators with passes that let them walk around the detectors at the four capitol doors the DPS officers guard. Or the same group can swipe their ID cards to buzz themselves into the capitol complex at one of several other locked entrances.

The others who get to walk around the metal detectors are people with concealed handgun licenses, or CHL, according to the direction signs with arrows pointing to the bypass route.

Or, as one DPS trooper dryly observed to a lobbyist, the main people who avoid the metal detectors are the ones you know are carrying guns.

For you people outside Texas or newly arrived here, as our late journalistic colleague Molly Ivins would say, “You can’t make this stuff up.” If this hasn’t already been on the late-night comedy shows, someone’s asleep at the switch.

One thing this has done is to create a cottage industry for handgun license trainers. Several lobbying firms and even groups like the Texas Municipal League have been holding group classes for the training required for the handgun license — just to get in the capitol with less hassle. Even some capitol reporters are getting licensed.

The license costs $140, unless you’re a senior citizen or indigent ($70); active or honorably retired police or judicial officer ($25); or an “elected felony prosecuting attorney” (no charge — you probably need it).

You can be considered indigent if you’re single and make no more than $7,470 per year — which would let Texas legislators qualify if they live only on the meager $7,200 a year we pay them. The maximum income to be officially indigent is $25,390 for a family of eight — which, like being an elected felony prosecutor, is grounds in itself for packing heat.

Sorry, you have to pay the DPS with cash or money order — no credit cards or checks allowed — and the fee is non-refundable. Trust only goes so far.

And the cost of the class is up to the instructor; while the DPS licenses instructors, it says it has no control over what they charge.

One enterprising lobbyist reportedly figured out that Utah, which has concealed-carry reciprocity with Texas, charges just $65.25 for the license, requires only that a licensed instructor certify that you’re familiar with a handgun, and he says you don’t even have to shoot.

That’s a wilder West even than Texas. Since he was going to Salt Lake City anyway, it seemed like a bargain.

(Warning to lobbyists and others: Some of the money pays for an FBI background check. And you do have to be fingerprinted.)

One lobbyist and former legislator, whose firm also put on a class for folks who go to the capitol a lot, said he hopes he isn’t in the gallery if someone ever decides to take aim at a lawmaker.

Several legislators already pack from one to three pistols  — after all, this is Texas, so if that ever were to happen, the lobbyist predicted the return fire from the floor “will be like the gunfight at the OK Corral.”

Veteran Texas political writer Dave McNeely can be reached at davemcneely111@gmail.com. He is usually unarmed.