A recent Fort Worth Weekly cover story (“Rebels in the Palace,” July 7, 2010) explained how Tarrant County College’s prospects seem to be improving. New president Joe Hudson promises that board business will be transparent. That’s a huge change for TCC. I should know. I’m the one who fought a three-year battle to amass public records showing just how secretive the board has been in the past and what some members are still hiding. 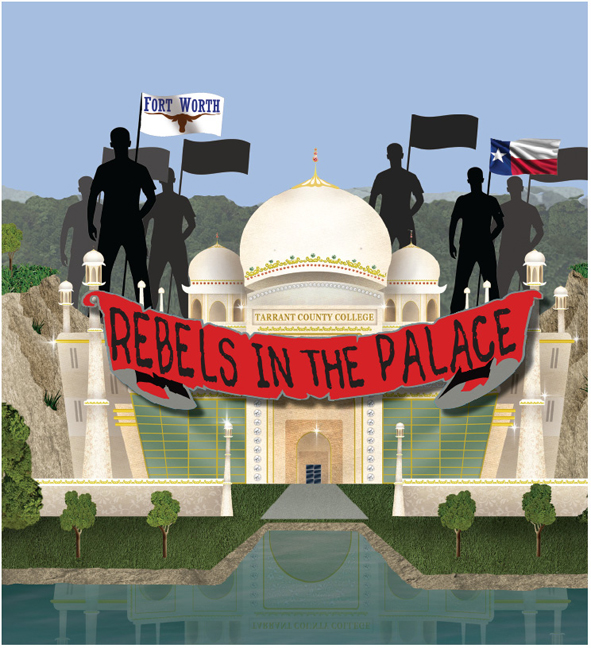 The e-mails I obtained disclose serious ethical lapses and appalling judgment by the former board majority — particularly past president Louise Appleman. The community is fortunate that she was replaced as president, and she should resign immediately from the board. Here’s why.

The crux of her failure as president was a deliberate refusal to formally appraise the performance of then-Chancellor Leonardo de la Garza to justify his contract renewal. TCC board policy, the chancellor’s contract, and Southern Association of Colleges and Schools (SACS) accreditation policies all require the board to conduct formal annual appraisals. Instead, his last appraisal was in 2005, four years before he left.

In April 2008, board VP Bobby McGee began working with Appleman to prepare a new evaluation, leading up to consideration of the chancellor’s contract renewal. Part of that process required that de la Garza provide the board with evaluations of all members of his executive leadership team and a succession plan. All the while, questions were mounting about massive waste of taxpayer money in connection with construction of a downtown campus.

McGee told Appleman by e-mail that he wasn’t inclined to renew the chancellor’s contract until the board got the evaluations. Appleman assured him she would look into it. On May 9, he again e-mailed Appleman outlining critical concerns with de la Garza’s performance. And he laid out a course of action: The board should complete the formal review, document the chancellor’s unsatisfactory performance on the downtown campus construction and his insubordination, issue a formal reprimand, and tell him his future employment was “at will,” with no contract extension.

I recently spoke with McGee to gain a better understanding of the situation. He confirmed that, at Appleman’s request, they met with de la Garza, discussed the problems, and informed him his contract would be renewed for only one year. McGee explained that the intent was to treat him compassionately, allowing a convenient opportunity to plan his graceful exit the following year.

But on June 19, 2008, without any appraisal being completed, the board voted to give de la Garza the planned one-year contract and a pay raise. McGee confirmed that the entire board was aware of the reason for the one-year deal.

Then only a week later, Appleman blindsided McGee and de la Garza’s other opponents by calling another meeting, listing only a vague agenda item, and then voting the chancellor a two-year extension. McGee said that Appleman never communicated her intentions, even though they had worked closely on the task.

Since then, even though de la Garza was eventually forced out, the board steadfastly refuses to explain its reasons for moving from McGee’s suggestion of a reprimand and no extension to the $975,000 three-year package. How can anyone reconcile this with clearly documented performance failure? Only a court can force the release of executive session minutes, but any trustee attending could legally discuss the deliberation. No one will.

Appleman’s decision to sweeten the deal with a two-year extension defies logic. Even more bizarre was her failure to lead the board in demanding an enforceable performance improvement plan in exchange for the largesse. This was disgraceful –– it showed no regard for the students, staff, and taxpayers, who obviously deserved new leadership. Any lesser employee who was simply insubordinate would have been immediately fired. Trustees who voted to protect de la Garza acted irresponsibly and are equally culpable for the outcome: a $700,000 settlement.

Money aside, TCC’s accred-itation was jeopardized when SACS initiated an investigation to address the board’s long-term failure to evaluate chancellor performance. This was around June 2009 and likely motivated de la Garza’s exit. Fortunately for TCC, the investigation was terminated once he left.

The actions of that board majority have left TCC, its board, administrators, and taxpayers with huge problems to address. It appears that the new trustees are independent thinkers who will work openly to prevent future problems. It’s time to go forward. But the current board should do everything in its power to make clear to taxpayers what was done with their money in the past and why. And Appleman should help TCC move into that new era by tendering her resignation.

Bob Mhoon is a retired submariner who believes in open government and the right to demand accountability for use of Tarrant County taxpayers’ money.