One of the major arguments of those who push for wide-open gas drilling rules in this state is that natural gas is the “clean” fuel of the future. As stricter emission rules reduce the role (we can only hope) of coal in generating electricity and powering industries, the importance of gas — and gas development — rises, they say. 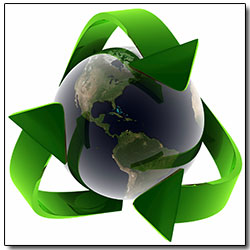 But the image of gas as a clean fuel has proven false in North Texas and other places across the country where shale drilling, with all its attendant evils, is now rampant. Contaminated groundwater sources, “drinking” water that’s brown and sudsy, air pollution from wells and compressor stations, and huge problems with disposal of drilling waste have combined to foul that picture.

Now comes a study from a Cornell University professor that takes all of that out of the realm of local anecdotes and adds it up scientifically. Professor Robert Howarth has concluded that, when all emissions from natural gas are considered, that fuel is “less attractive than oil and not significantly better than coal in terms of consequences for global warning.”

What is he adding to get that sum-of-all-pollution, besides what happens when natural gas is burned? Why, the stuff all of us living on the shale have come to know and love: leaking of gas during production, transport, processing and use, plus the burning of fossil fuels in gas production and transport and in the treatment of drilling wastes (heavy diesel trucks and engines, again a familiar sight and smell near gas facilities).

Register, Vote, and Enjoy the Best

The day this issue hits the streets, fall officially begins, and the signs of it are everywhere — Jerry Jones’ surgically smoothed face on Static’s TV more often, temperatures that blessedly register in two digits rather than three, and city officials twisting themselves into pretzels trying to figure out how to pass a budget that maintains just enough public services to avoid a taxpayer range war, while keeping Cowtown safe for fat cats. This is an election season, too, so there’s something to bet on besides sports and how long the backup on I-35 is going to be each day.

(And by the way, sports fans, it seems that all of us Texicans are falling down on the voting job. The League of Women Voters reports that Texas had one of the worst voter turnouts in the nation, percentage-wise, in 2008. Registration deadline is Oct. 4, for all you citizens 18 years and older. Let’s see if we can’t do better this time.)

Here at the Weekly offices, we felt fall’s approach way back in July, when we start planning our “Best Of” issue, coming your way next week. It’s our version of a hurricane — the biggest issue of the year, a storm of little vignettes in which Static’s colleagues give you their picks for everything from where to break up with your no-longer-significant other to the best place to buy a taco at 3 a.m. (Is this a full-service newspaper or what?) Be sure to set aside some extra reading time next week, on the throne or cushion of your choosing.