When Fort Worth Weekly’s multitalented freelancer Caroline Collier wrote about the spike in Ecstasy use among local high school students last month (“A Kandi-Coated World,” Oct. 6, 2010) a number of local ravers and young X users posted comments on the Weekly’s web site, several of them whining, in one way or another, that the story was making it harder for them to party, man. 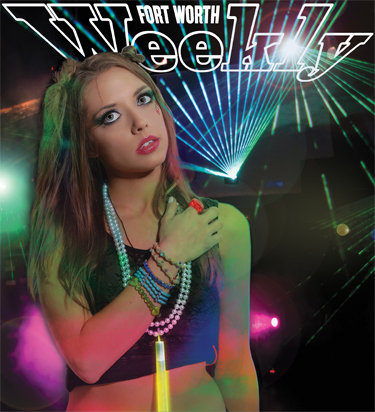 Doing battle with anonymous posters is pretty much like pig wrestling, so Static seldom engages. (One exception: To the person who alleged that there were no 15-year-olds at the rave described: Is eyewitness testimony good enough?)

Other young users or former users of the party drug wrote to Collier directly, and most of them had a different story to tell. By and large, they backed up what Collier’s sources had told her — that use of the street forms of the drug is causing big problems for many people. (What kids get on the street is often cut with methamphetamine or other substances. However, researchers believe Ecstasy by itself can have significant benefits when used as part of therapy for problems such as post-traumatic stress disorder.)

Selections from those messages, in no particular order:

“It was the best feeling I’d ever had, as well as the biggest mistake I’d ever make.”

“The occasional party turned into our way of life.”

“This entire evolution from relatively normal kids to full-blown addicts took all of roughly six months.”

“My life has been completely changed by the drugs that I thought were just fun, and while there are some nights that I wouldn’t give up for anything, I’d definitely trade a vast majority of them to be ‘normal’ again.”

“… my addiction got very bad, and I was using Ecstacy more than I was eating.”

One man said he had used Ecstasy in the late ’90s when he lived in New York City. “I can tell you I suffered depression and a severely reduced ability to handle even the most mundane and simple tasks for almost three years after indulging in Ecstasy on only three occasions,” he wrote. “I lost my job and, at one point, faith in the world completely. … I was already a college-educated individual with real prospects in life. To think of these Fort Worth teenagers potentially throwing away their lives for a few highs is devastating.”

Sorry to harsh your buzz, dudes.